The Key to Handling Family Drama

The Key to Handling Family Drama 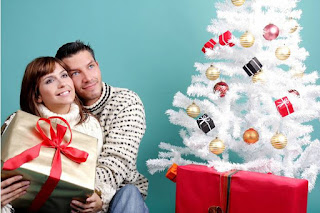 The calendar is closing in on the holidays and in our house, with this time of year, comes the writing of the annual family Christmas letter.  Most years this task is a joy as I share God's handiwork in our lives with extended family and friends.  But some years... well, some years I think that if I saw me sharing what life has been like on Oprah or one of those afternoon TV shows I'm not sure I would even believe me!

Sometimes life packs such a wallop of dramatic surprises that words don't even begin to describe it -- and truth be told, maybe words shouldn't even try!  I cannot deny God's hand of blessing over our lives the past year, nor can I deny the reality that He has and is bringing us through some head-spinning whirlwinds.

I wonder what your Christmas letter looks like this year -- was it an easy year or a hang-on-for-dear-life kind of year?  If you had a roller coaster kind of year, take heart you are not alone!

Adam and Eve effectively lost their two sons when Cain's jealousy baited him to kill his younger brother Abel. Jealousy reared it's ugly headed again in Jacob's family when the older brothers grew tired of baby brother Joseph and sold him into slavery and lied to cover their deed by telling Dad that poor Joe had been killed by wild animals.  Moses married a woman of a different ethnicity and his two siblings pitched a public fit and tried to stir the people up against his leadership.  Devastation and drama! And that is only the beginning of the Bible's list of family sagas. If family drama isn't enough for you, the Bible is chocked full of all kinds of other examples of relational issues, persecution, stress and tension.

Interestingly, in two out of three of the family drama accounts above, forgiveness played a key role in handling the family drama.  And in all three accounts God handed justice out to the offending party.

When Cain killed Abel, God spoke with Cain before the fatal decision, guiding him to understand how to beat down the temptation within him (Genesis 4:7).  Cain acted against God's counsel and took the life of his brother.  God banished Cain and put some kind of mark on him so that others wouldn't decided to enact their own justice and kill him.

God elevated Joseph to a position of power second only to the Pharaoh and it was to Joseph that his brothers eventually bowed and pled for mercy. Joseph forgave his brothers (Genesis 50:19-21).  He declared that he was in no place to enact judgement upon them and spoke kindly to them.

In Moses' family saga, Miriam bore the brunt of God's discipline (assuming that she was more the instigator behind the ruckus) and she turned leprous.  Moses prayed and begged God to heal her and have mercy on her -- an expression of love and forgiveness.

Forgiveness is about Remembering!

And be kind to one another, tender-hearted, forgiving each other, just as God in Christ also has forgiven you.Ephesians 4:32 (NASB)

If we confess our sins, He is faithful and righteous to forgive us our sins and to cleanse us from all unrighteousness. If we say that we have not sinned, we make Him a liar, and His word is not in us. 1 John 1:9-10 (NASB)

Do not pay attention to every word people say, or you may hear your servant cursing you— for you know in your heart that many times you yourself have cursed others. Ecclesiastes 7:21-22 (NIV)

Forgiveness is about Recognizing!

We need to recognize our true identity in Christ! When we have been deeply wounded by someone, we often identify with the pain so much that it becomes part of who we are and eventually the defining factor of how we see ourselves. In Christ we have been called conquerors and victors -- not victims! This isn't easy -- none of this forgiveness stuff is -- but we won't ever be truly free from our hurts if we let them continue to define us. Your Creator is the only One who has a right to define who you are!

Zechariah 2:8 holds a visual image we should keep fresh in our minds: For thus says the LORD of hosts… for he who touches you, touches the apple of His eye." (NASB)

The phrase "the apple of His eye" is a term of endearment. But the phrase literally means you are held so close to someone that you can see your own reflection in the pupil of their eye. God is holding you so near and dear to Himself that if you look up, you will see your reflection in His eyes! (This is the concept on which I based the Bible study My Reflection in His Eyes: Seeing Yourself as God Sees You). Look to God for your reflection and identity, not the stuff around you, sister! And know that God cares about even the little hurts that just "touch" you- you don't have to wait until your arm has figuratively been blown off before you can talk to your Abba about it. It matters to Him when someone even touches you, His daughter, His princess!

Forgiveness is about Resting in God's sovereignty and judgment.

At the end of the day, what's done is done. If I trust that my heavenly Father sovereignly sifted the pieces of my life through His loving hands, then I must come to the conclusion that He is ultimately able to use the pain for good.

And we know that God causes all things to work together for good to those who love God, to those who are called according to His purpose. Romans 8:28 (NASB)

We can choose to rest in His ability to set things right. Easier said than done, but it will grant us peace -- something a wounded soul desperately needs!

The other aspect of His all-powerfullness that we should rest in is His ability to meet out perfect justice. Probably 90% of the junk that comes our way in life is stuff we wouldn't want to see God send lightening bolts down on the other person over -- we just wish they would knock off whatever it is they do that hurts us. I hate it when friends talk badly about me behind my back; I am hurt when people leave me out of stuff; and I am disappointed when people use me, but I would never in a million years wish to see God meet out some kind of judgment on them for it!

Yet, there are things in life that are deeply wrong and God wouldn't be a loving God if He didn't set a few things straight. He doesn't just turn a blind eye to women who are abandoned by their husbands, or children who are abused and their innocence robbed, etc. He is all-knowing, all-powerful and never sleeps -- so if there is something that needs to be done over the matter, we can rest assured that He is the right One for the job! Let Him meet out the judgment, rest in Him and then you can live out this next passage --

Never pay back evil for evil to anyone. Respect what is right in the sight of all men. If possible, so far as it depends on you, be at peace with all men. Never take your own revenge, beloved, but leave room for the wrath of God, for it is written, "Vengeance is Mine, I will repay," says the Lord. "But if your enemy is hungry, feed him, and if he is thirsty, give him a drink; for in so doing you will heap burning coals upon his head." Do not be overcome by evil, but overcome evil with good. Romans 12:17-21 (NASB)

When you let God handle the matter, you can rest in Him and be the gracious princess He called you to be!

One last thought about forgiveness. Miriam isn't mentioned all that much after her rebel-rousing against Moses.  It seems as though she wasn't given the same place of leadership she had once enjoyed.

God calls us to forgive. But He doesn't require us to enter into some kind of crazy-making cycle where we give trust to people who haven't earned it. Sometimes we can reconcile differences and enjoy the same sweet fellowship as before the offense. Sometimes we forgive, but the person never earns back that place of trust. That is okay -- it doesn't usually feel okay, but it is.  It is better to let go of expectations into the Father's tender care than to hang them over someone else's head and over your heart.

As the holidays approach and the stress of it all brings out the sometimes not-so-very best in us and our family members, consider how God might be calling you to forgive and to perhaps let go of a few expectations into His hands. Forgiving someone just might be the best present you give to yourself -- and after all, forgiveness was the whole point of Christ's birth!