The Silence of God

The Silence of God 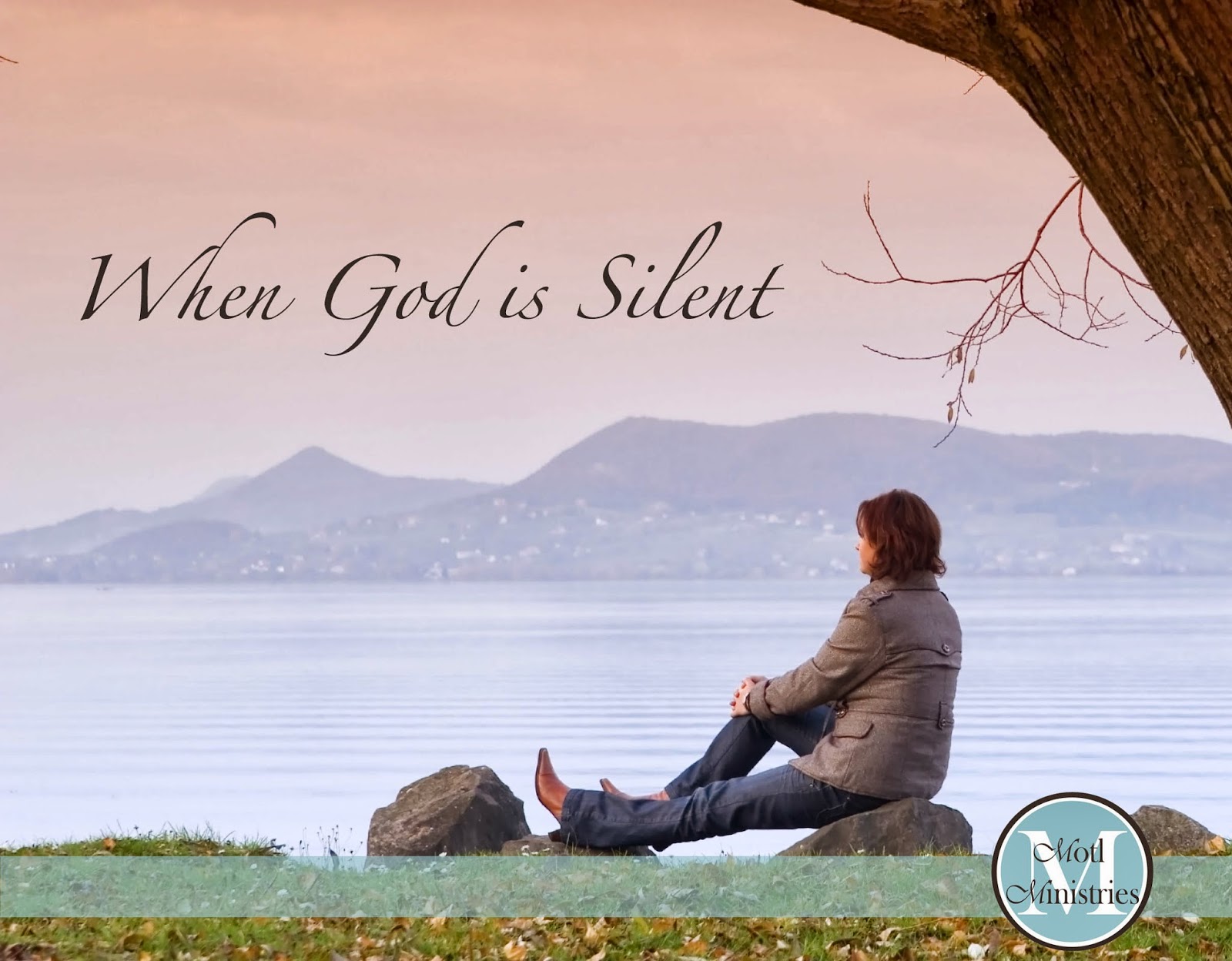 Jesus went away from there, and withdrew into the district of Tyre and Sidon. And a Canaanite woman from that region came out and began to cry out, saying, "Have mercy on me, Lord, Son of David; my daughter is cruelly demon-possessed." But He did not answer her a word. And His disciples came and implored Him, saying, "Send her away, because she keeps shouting at us."But He answered and said, "I was sent only to the lost sheep of the house of Israel." But she came and began to bow down before Him, saying, "Lord, help me!" And He answered and said, "It is not good to take the children's bread and throw it to the dogs." But she said, "Yes, Lord; but even the dogs feed on the crumbs which fall from their masters' table. Then Jesus said to her, "O woman, your faith is great; it shall be done for you as you wish." And her daughter was healed at once. Matthew 15:21-28 NASB

I wonder how many of us out there have prayed for something and felt as if God was silent. I wonder how many of us have prayed until we felt that surely our constant request had become an annoying clamoring in God’s ears... because certainly we were exhausted with hearing this same prayer from our own lips and it felt like everyone around us was tired of hearing the same prayer too. But yet, the need continued to compel us to cry out for our Lord’s help.

This story is for those of us who have gone through seasons where we felt like God’s work went “quiet.”

Notice in verse 23 that Jesus “did not answer her a word.” And the disciples were even sick of hearing this woman crying out for help. It seemed like Jesus was ignoring her! Then when He finally did give her attention, He appeared to be less than immediately sympathetic.

Have you ever been tempted to feel like God was ignoring you or tempted to think that His response toward you was less than compassionate?

Sometimes all the external circumstances make it seem as though God isn’t paying attention to our plight; or that perhaps, He doesn’t really even care all that much. But that couldn’t be further from the truth!

Jesus wasn’t ignoring her or lacking compassion toward her need. He was “setting the stage.” This woman who was an “outsider” to the Jewish faith displayed more belief than the very people who were supposed to have been ready and waiting for Jesus’ coming. In addition, her story prepared the way for the Gospel being preached to those outside the Jewish faith. She was a symbol and foreshadowing of the work God was planning to accomplish among the gentiles. And she was a great example of faith!  Jesus’ response to her only allowed the rest of us to see her faith and humility clearly displayed. If He hadn’t responded to her the way He did, we wouldn’t be challenged and inspired by her heart for God.

Her story ought to bring us some encouragement for our prayer lives as well! Like the Syrophoenician woman we ought not give up, even when it feels like our prayers aren’t being heard! And in the midst of the seasons where we might be tempted to feel like God isn’t hearing or compassionate toward our need, we ought to follow the kind of example of humility this woman displayed. She didn’t get angry at Jesus. She didn’t waiver in her faith. She cast herself completely at His feet and trusted Him.