5 Biblical Outsiders Who Need Their Own Movie

5 Biblical Outsiders Who Need Their Own Movie 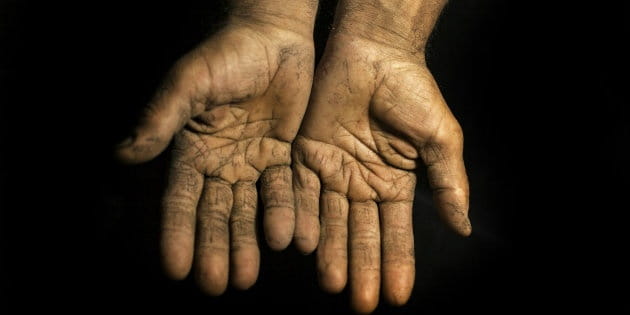 The Bible is filled with many of heroic men and women, but what about the outsiders? These were the people Jesus welcomed with open arms: the sick, the despised, the marginalized, and yet their stories are frequently played down in favor of more tantalizing narratives. With faith-based films exploring new and creative ways to share the Gospel, it would be interesting to see a Christian movie from the perspective of an outcast. After giving it some thought, here are the top five Biblical outsiders who deserve their own movie.

In many ways, the healing of the Lame Man is the ultimate road-trip story. For years this poor soul lay on a stretcher with no hope in sight, yet his friends didn’t abandon him. They stayed present and engaged in his life, until one day, whispers of a Godly man reached their ears. It was said this prophet could heal any injury. An exaggeration to be sure, but what did they have to lose?

Together, they picked up their friend and marched him through a city until they found where Jesus was speaking. When the crowds grew too thick, they could have turned around and told themselves it was just an impossible rumor. Instead, they climbed on top of a house and broke through the ceiling to Jesus. Scripture tells us there is no greater love than someone who lays down their life for a friend (John 15:13). If Christians are looking for Biblical films, what tale of brotherhood could be more deserving?

Mothers will go to any length to save their daughters. We’ve seen films where a super spy uses their “particular set of skills” to rescue a missing child, but these characters have nothing on the Canaanite woman. At the time of her journey, there had been years of longstanding animosity between the Jews and the Canaanites. At best, the two groups were vindictive neighbors, at worst, mortal enemies. Make no mistake, this woman risked her life to find Jesus.

When her daughter became violently possessed, the Canaanite woman traveled alone into strange territory to find a Jewish prophet who had no reason to help her. When at last she found the man she was seeking, his disciples tried to turn her away, but she persisted. We can only imagine the vindication she experienced when Jesus acknowledged her courage and faith. Let’s be honest, a movie is the least this mother deserves.

Nearly every Christian knows the story of the Roman Centurion, but we often fail to realize the Roman Centurion was, well, a Roman Centurion! To put it in perspective, remember the Jewish people had spent years living under the tyranny of Roman. Every day they watched as their culture, their history, and their religious freedoms were trampled by a brutal foreign occupation. As for the Centurions, they were Rome’s attack dogs. If the Jews spoke out, complained, or fought back, the Centurions would come out and put them down, hard.

Now try to imagine their reaction when one of these jack-booted thugs appears before Jesus to ask for help. This monster has the audacity to petition God’s anointed? The Lord should smite him where he stands! Instead, Jesus commends him for his faith, and heals his servant without reservation. Ripe with cultural commentary and religious turmoil, this sounds like a movie we all need to see.

The Woman at the Well

Finding your future spouse can be difficult, and it’s easy to make stupid mistakes along the way. No one should know this better than the Woman at the Well. When Jesus approaches her in the Bible, she’s been married five times and is living with guy #6! It would be easy to paint her as a tease or a tramp, but Jesus knew better. He saw a woman who truly yearned to be loved.

It’s typical of romantic comedies to show their protagonist’s misadventures on the road to love, and with a little creative license, the Woman at the Well could be quite edifying. Viewers would witness each bad choice, each foolish relationship, before arriving at the message that Christ desires something better for her. It’s a tricky story, but done right, audiences could witness the true beauty behind Godly love.

One of the most profound stories in the New Testament, the healing of the blind man is also one of the most scathing. Over the years, readers have focused on the miraculous aspect of the story, failing to see the full message in its entirety. While out walking one day, the disciple question Jesus about a man blind from birth. What sin did he commit to deserve this? Was it his parent’s fault?

In response, Jesus raises up the man and restores his sight, but the story doesn’t end from there. Dragged before the Pharisees, the man enrages the religious leaders by speaking honestly and giving the glory to Jesus. The symbolism of a former blind man confronting the spiritual elite with the truth of Christ is frequently lost on readers, but it is striking nonetheless. Animated films such as Inside Out, Frozen, and The Wind Rises have demonstrated their ability to communicate complex messages through creative mediums. If given the chance, this Biblical story could become one of the greatest movies of our lifetime.

What about you? Who is your favorite Biblical outsider?