5 Christian Women Who Deserve Their Own Movie

5 Christian Women Who Deserve Their Own Movie

Hollywood loves to make films about extraordinary individuals. Whether it’s a pulse-pounding summer blockbuster or an elegant, insightful documentary, there’s just something about movies that chronicle the life and labors of real people. 2014 saw the release of several critically acclaimed biopics: American Sniper, Selma, The Imitation Game, but it was Unbroken that really caught the attention of Christian audiences. It reminded believers that faith and courage can change the world, and that the greatest heroes often go unrecognized. In honor of that message, here is a list of five extraordinary Christian women who deserve their own movie. 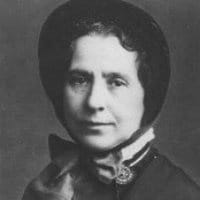 Catherine Booth, along with her husband William, are chiefly remembered as the founders of The Salvation Army. However, since Catherine’s ministry efforts began long before she met William, her life’s story would be the perfect backdrop for a romance film. Audiences could witness the couple’s first meeting, perhaps during Catherine’s early days in the temperance movement, and the budding relationship that helped her become one of the most celebrated preachers in history. With so many destructive relationships in today’s media, it would be nice to show viewers what a Godly marriage really looks like.

Catherine Booth has been dubbed ‘The Mother of the Salvation Army’. She spent years helping alcoholics battle their addictions, and was a vocal supporter of women’s suffrage. Whoever plays her will need to be tender, but also tough, and Knightley has had plenty of experience playing both. Films like Begin Again and The Imitation Game have cemented her ability with the “independent woman” role, but she’s no stranger to the “love-struck romantic” either. She could defiantly personify this eloquent, compelling woman. 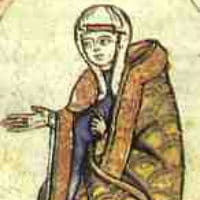 This one is a no-brainer, considering Matilda of Canossa’s life reads like something out of an epic fantasy novel. She lived during the Investiture Controversy, one of the most chaotic periods of church history, and served as a friend and advisor to Pope Gregory VII. Plus, as the Duke of Tuscany’s only child, Matilda was responsible for defending Rome against invading German armies, something she did very frequently and very effectively. Epic swordfights, political intrigue, a strong female heroine? This script practically writes itself!

Jolie is no stranger to action movies (see Maleficent), and as a director she knows how to use scenery to her advantage. Plus, she has a commanding presence, which will help since Matilda was a warrior, scholar, diplomat, and princess. 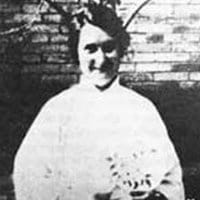 Gladys Aylward received a feature film about her life back in 1958, but the movie glossed over her achievements in favor of a romantic angle. A well-paced documentary would give Aylward the honor she deserved, and it’s not like her life lacked for excitement anyway. She used her own savings to travel to China in 1932, where she began ministering to peasants and passing mule trains. She was later approached by the Chinese government to help end the barbaric practice of footbinding among villagers, and was also called upon to intervene in a deadly prison riot. Experiences like that don’t need any dramatizing.

Documentaries don’t need actors, but they do need a good narrator to carry the film. Given that Aylward spent most of her life in China as a missionary, it feels appropriate to have Michelle Yeoh fill that role. The Malaysian actress has been a feature of Chinese cinema for years, and is fluent in english as well as mandarin. Yeoh could keep the film grounded, and her voice has that note of tranquility which personifies Alyward’s adopted name: “Virtuous One”. Crosby was one of the most talented composers in Church history. She penned over 8,000 gospel songs, and was the author of classic hymns like “Blessed Assurance” and “To God Be the Glory”. In fact, her publishers began to worry the Church wouldn’t accept so many hymns written by one person. There’s no way her movie could be anything other than a musical.

Streep has plenty of experience with musicals (see Into The Woods), but it’s her top-notch ability as an actress is what makes her perfect for this role. Fanny Crosby lived a very difficult life; she was blind since birth, spent years living in Manhattan’s worst neighborhoods, but still devoted all her time and money to helping others through rescue missions. Streep has experience playing strong but flawed women thanks to movies like The Iron Lady and Osage County, she could definitely bring a lot of heart to Crosby’s story. 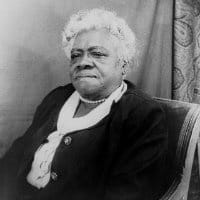 Given the recent portrayals of African-American history, such as 12 Years A Slave and Selma, it’s hard to imagine Bethune’s life as anything other than a drama. Mary McLeod Bethune was an American educator, author, and civil rights leader who shaped the future of the United States. From an early age she took an interest in education, and founded schools for children in Daytona Beach. Her high standards of excellence and relentless pursuit of knowledge showed the country what African Americans were truly capable of. Accomplishments like that don’t come without hard work and much struggle.

Few actresses have the versatility of Octavia Spencer. In The Help, she charmed audiences as the sassy but vulnerable Minny Jackson, while in recent years she’s demonstrated a softer side in films like Insurgent and Black or White. Both are needed to portray Bethune, who was an active member of the Civil Rights movement, but also managed to form a close, personal friendships with Franklin and Eleanor Roosevelt. Her tireless work, and indomitable faith, could only be captured by someone like Spencer.

What about you? Who are some Christian women you’d like to see get their own movie?