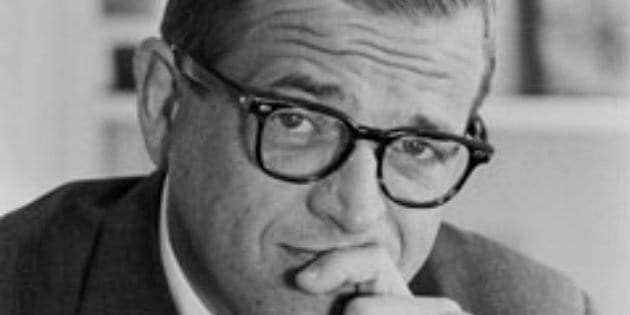 Before his death in 2012, Chuck Colson was one of the most respected voices in Christian ministry. He was the founder and chairman of The Chuck Colson Center for Christian Worldview, the author of more than 30 books, and gave avid commentary through BreakPoint radio. Never one to shy away from cultural discourse, Colson knew that sometimes the best way to communicate God’s truth and grace was through the medium of film. He believed certain movies could inspire Christians to live courageously in their faith, and compiled a substantial list films he encouraged all Christians to see. With the help of Focus on the Family, here are five extraordinary films endorsed by Chuck Colson,

Based on the life of Christian evangelist Corrie ten Boom, The Hiding Place recounts the days she and her family spent hiding Jews from the Nazis during WWII. When the Nazis discovered what they were up to, the entire family was arrested and sentenced to life in the concentration camps. The Hiding Place is a harrowing testament of faith, hope and the redeeming power of Christ’s love. It’s no wonder Colson called it, “a tremendous example of Christian courage”.

Truth and justice are not always a simple matter. In Twelve Angry Men, a jury finds themselves debating whether or not to convict a young man in the death of his father. Though all the evidence points to his guilt, their discussion uncovers many of the juror’s personal prejudices, as well as holes in the prosecution’s arguments. In the end, the film serves as a valuable treatise on our basic notions of equality and justice.

Victor Hugo’s transcendent tale of grace and redemption has captivated audiences for generations. When the desperate thief Jean Valjean is caught stealing a Bishop’s silver, he knows the penalty will be severe. Instead, the man shows him mercy, and gives him the rest of his treasures before urging him to follow God. Though it’s only a brief moment in a larger story, the grace of the Bishop dictates all that follows. Colson saw Les Mis as a perfect allegory for Christ’s sacrifice, and after watching the film, it’s hard not to agree.

Beauty and the Beast

Who says Disney movies are just for kids? Not only is Beauty and the Beast one of the best animated films ever made, it also displays a surprising amount of Christian virtue. It teaches children not to judge people by their appearance, encourages the show of hospitality, and reminds viewers that real relationships take time. The talented Christian writer G.K. Chesterton had it right when he said, “There is the great lesson of Beauty and the Beast, that a thing must be loved before it is lovable."

There are few films more tragic and moving than Schindler’s List. Set during the Second World War, the film follows a German businessman as he labors to protect Jews from the Nazi death camps. Though the film contains graphic violence and much profanity, it is nonetheless one of the most powerful depictions of selfless love. Colson believed Schindler’s List demonstrated what one individual could accomplish in the face of great evil. It’s a lesson that’s sure to find a place in the hearts of Christian viewers today.

What about you? What other movies would you recommend every Christian see?