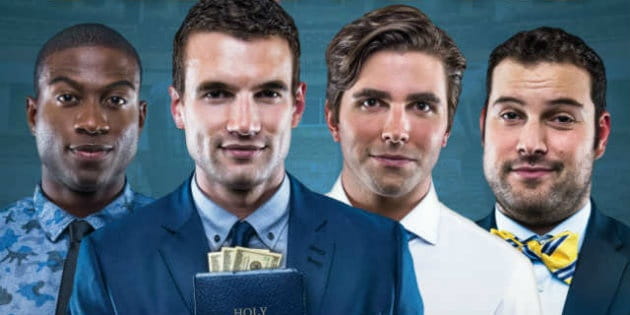 Nothing empties a theater faster than the words “Christian Movie”. As much as we hate to admit it, faith-based films are notorious for their bad acting, boring plotlines, and all-too-preachy messages that get delivered with the subtlety of a nuclear bomb. However, if audiences took the time to look beneath these unflattering stereotypes, they’d find more than one “Christian Movie” that deserve a second glance. In fact, Relevant Magazine has assembled a list of 8 Underrated Christian Movies that all audiences (regardless of faith) should consider seeing.

According to writers Jesse Carey and Tyler Huckabee, here are just a few faith-based movies worth your time.

Believe Me follows the exploits of a group of college guys who attempt to pay off their student loans by crafting a fake, charity:water-type nonprofit and keeping the donations for themselves. Along the way, they discover they've got a gift for crafting the sort of highly emotional, faux-substantive Christian "worship" experiences that grease the pockets of the faithful, but they also start to come to terms with their own hypocrisy. Watching the dudes learn to perfect their Christianese is a stinging riot, but Believe Me has a lot more on its mind than just laughs.

To watch the trailer for Believe Me, click here

In 1984, filmmaker Philip Gröning asked the Carthusian monks that lived in a remote monastery in the French Alps if he could make a documentary about their lives. Sixteen years passed, and the monks finally contacted Gröning, agreeing to the project. The resulting documentary is a wordless, but gripping, look at the lives of the reclusive monks who have devoted themselves to God and the Bible. What’s captured on camera is like a time-capsule from a group of men dedicated to prayer, and it soon becomes clear why their order’s motto is “The Cross is steady while the world is turning.

To watch the trailer for Into Great Silence, click here

Not exactly the best in Denzel Washington's recent slew of entries as a grouchy killing machine, but one of the more intriguing. The Book of Eli follows Washington as a post-apocalyptic wanderer with a big secret, and Mila Kunis as his scrappy tagalong. It's an uneven film, but the mystery of Eli's book and the stylish eye of directors Allen and Albert Hughes keep things clipping along, even when the script stutters. Washington brings an unexpected sensitivity to the role and, hey, when has it not been fun to watch Gary Oldman play the bad guy?

To watch the trailer for The Book of Eli, click here


What about you? Know of any good Christian movies that have gone overlooked? For more movie reviews with a Christian perspective, just visit Crosswalkmovies.com!