A Few Thoughts about Audacity

A Few Thoughts about Audacity 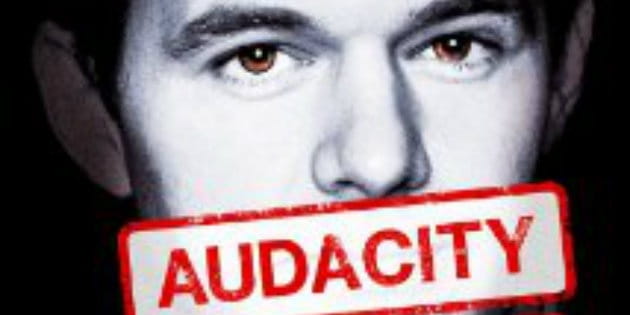 Homosexuality is one of those topics every Christian knows about, but nobody wants to talk about. It’s awkward, it’s volatile, and most Christians feel the Bible is already sufficiently clear on the issue of same-sex attraction anyway. And therein lies the problem: the issue of same-sex attraction. As my pastor once fondly stated, “Jesus didn’t see issues, Jesus saw people”. So, when you hear the word “homosexual”, which do you see? An issue, or a person?

That’s a question I found myself asking as I watched Audacity, the latest short film by evangelist Ray Comfort. Best known for his “Man on the Street” videos, Comfort believes this new scripted film will help bridge the gap between Christians and their gay neighbors. The movie’s plot revolves around a young man named Peter, as he searches for a way to confront his gay and lesbian friends with the grace and truth of Jesus Christ. With the help of his mentor (and with what feels like hours of Comfort’s own videos), Peter eventually gets the chance to share his faith with a gay couple over dinner. Seated across from the two men, he makes an impassioned plea that’s sure to resonate with Christian viewers everywhere,

“You two saw what I was willing to do for you. There are many other Christians that would do the same thing because they genuinely care about you. The bottom line is I believe the Bible. If I really love people, than I have to say something. Love can’t stay silent!”

This is a running theme throughout Audacity. Both Peter and Comfort insist their motives aren’t grounded in hatred. Rather, they love homosexuals enough to tell them the truth about their sinful lifestyle. Yet, as I watched them both reach out to these people they were so determined to save, I couldn’t help but notice one important detail; they never asked them their names.

Peter claimed he was willing to take a bullet for the two men sitting across from him, but he wouldn’t take a few seconds to just ask for their names. Comfort was no better. Despite packing his interviews with questions about sin and salvation, nobody was ever asked, “Hey, what’s your name?” Roughly fourteen gay and lesbian individuals appear in Audacity (either as characters or interviewees), but only two of them were ever named. How can we Christians claim to love people when we won’t even try getting to know them?

Which do you see? An issue, or a person?

Not long ago, I wrote about how Christian movies needed to start addressing topics like homosexuality, and I applaud Ray Comfort for being one of the few people to actually try and do so. Unfortunately, that doesn’t change that fact that Audacity is a half-digested mess of a movie that treats gay and lesbian individuals like problems to be solved. If love really can’t stay silent, then let’s be sure it’s asking the right questions,

“Do you want to grab lunch sometime?”

“What’s it like being a gay person in today’s society?”

“Can I tell you how Jesus changed my life?”

Which do you see? An issue, or a person?