A Look Back on the Golden Globes

A Look Back on the Golden Globes 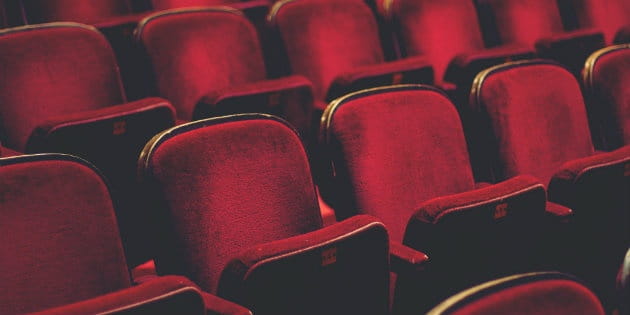 The Golden Globes has always been one of Hollywood’s more interesting award shows. While not as prestigious as the Oscars, the Golden Globes covers more genres, and thus tends to have more personality. If you need proof of this, just re-watch Jimmy Fallon’s La La Land-inspired opening number. All in all, this year’s show was a night of laughter, music, and political elbowing as actors acknowledged the best films of the season. In case you missed it though, here is a quick recap of the 2017 Golden Globes.

While already a favorite among Crosswalk reviewers, La La Land was clearly the breakout star of this year’s show. The musical film – starring Emma Stone and Ryan Gosling as a pair of love-struck dreamers living in LA – took home seven awards. This included a “Best Actor” and “Best Actress” win for both leads. There were a lot of great films in 2016, but none as bright or bittersweet as La La Land. Here’s to a well-deserved win.

In terms of television, The Crown reigned supreme. The biographical drama managed to beat out a number of popular contenders including Stranger Things, Game of Thrones, and This is Us to take home the award for “Best Television Drama” and a “Best Performance” for actress Claire Foy. The series largely follows the early reign of Queen Elizabeth II of the United Kingdom, and has been hailed by critics and audiences alike. Given the series numerous themes of faith, God, and kingship, Christian viewers should certainly take note.

The “Best Animated Film” category has largely been considered a token honor, but this year Disney demonstrated how powerful these movies can be. This charming story managed to preach a lesson of acceptance and grace while tackling a number of politically-charged issues in a way both children and adults could appreciate. Plus, there were sloths working at the DMV. The jokes basically write themselves.

After the La La Land star accepted his award for “Best Actor”, he took a moment to pay homage to one of the most difficult roles in our world today: motherhood. As he stated in EW,

“While I was singing and dancing and playing piano and having one of the best experiences I’ve ever had on a film, my lady was raising our daughter, pregnant with our second, and trying to help her brother fight his battle with cancer... If she hadn’t taken all that on so that I could have this experience, it would surely be someone else up here other than me today.”

Despite losing her voice earlier, Meryl Streep took the stage and delivered a stunningly poignant speech which many have called the highlight of the night. Taking aim at President-Elect Donald Trump, Streep recalled how his treatment of a disabled reporter is sending the wrong message to the American people.

“Disrespect invites disrespect, violence incites violence, and when the powerful use their position to bully others, we all lose.”

Streep ended by paying tribute to the departed Carrie Fisher, who encouraged her friends to take their life experiences and turn them into something beautiful.

What about you? What did you think were the highlights of the 2017 Golden Globe Awards? Be sure to leave a comment in the space below!