Is it Wrong for Christians to Watch Horror Movies?

Is it Wrong for Christians to Watch Horror Movies? 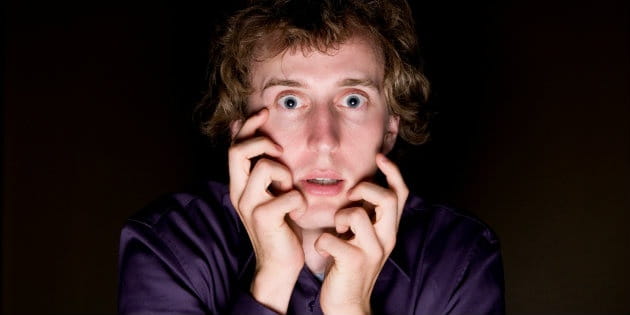 Can “horror” sometimes be a good thing, or at the very least, can it be used for good? This may seem like a strange question, but trust me when I say it’s less ridiculous than it sounds. As Christians, we have a tendency to focus solely on positive things, particularly when it comes to our movies. Life in faith-based films usually has a rosy tint to it, and rarely depicts the harsh realities which occupy our world. The belief is that Christ’s message should be shown in a positive, encouraging light, but a new wave of Christian artists has begun challenging this idea.

Jonny Mellor, who frequently blogs on the integration of faith and art, recently pondered whether Christians should spend more time examining horror films. He writes,

“Whatever decisions we make regarding specifics though, we must find a place for horror in our lives! When I was growing up, Philippians 2:8 was used pretty liberally to warn me off a whole host of evils. However, I can’t help thinking that Paul’s teaching here has been somewhat abused. Paul teaches the Philippian church to ‘think about such things’ (the true, noble, right, etc) which is very different to ‘only think about such things’. If he’d done the latter, he would have been making the rather radical move of prohibiting serious reflection on large chunks of the Old Testament. Ezekiel would be considerably shorter (Ezekiel 16? 23?) and Judges 19-21 would certainly have to go.”

Mellor argues that God can use horror to galvanize believers. As evidence, he points to passages in the books of Judges and Daniel where tragic events lead to widespread revolution. It should also be noted that, in their own way, Christian movies have used horror as a means of spreading the gospel message. Just take the film A Thief in the Night for example. Released in the 1970’s, A Thief in the Night tells the story of a young woman who lives through the Rapture.

If you ever attended Bible camp, or stayed overnight at a Church retreat, you’ve probably seen this movie at least once. It’s hard to deny A Thief in the Night, and the ensuing sequels, weren’t targeted at children with the explicit purpose of scaring them toward Christ. This says nothing of other films like Deliver Us from Evil and The Conjuring which depict the dark forces at war with Christianity. As Mellor concludes in his article, mixing faith with fear can be a dangerous task, but that doesn’t mean it should be ignored.

“We have to learn to value what is good and be careful in how we nurture righteousness in our thoughts, words and deeds, but at the same time, we must become more robust, so that we can stomach what Babylon feeds us- in virtually all its forms, artistic or academic- and use it to overthrow, or even better redeem, that horrific city.”

For those of us seeking to create authentic Christian art, striking the right balance is crucial. God made us to create, but he also made us to live in relationship with Him. In this, we find both a challenge, and a blessing.