Can Indie Filmmakers Save Religious Cinema?

Can Indie Filmmakers Save Religious Cinema? 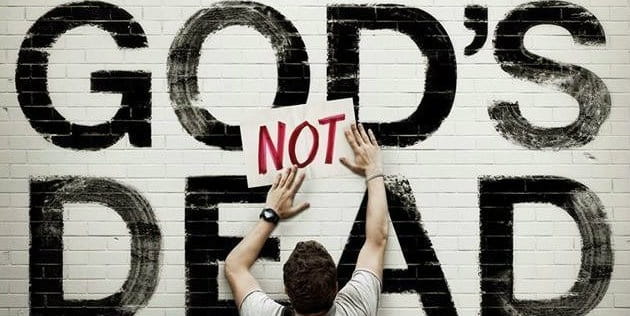 For most Christians, God’s Not Dead was the best movie of 2014. How could it not be? The story depicted an epic struggle of faith between a Christian student and his militant, atheist professor. It’s themes of hope and repentance struck a chord with believing audiences everywhere, and inspired them to take a stand for religious freedom. Even the film’s creation had an uplifting message: made on a shoestring budget, the film grossed over $62.6 million during its time in theaters.

While God’s Not Dead was certainly encouraging, if you were to ask me, the best film of 2014 was Calvary. Starring Brendan Gleeson as an Irish priest, the film has been praised by critics and viewers alike, it even made Crosswalk’s list of The Top 10 Movies of 2014. Yet remarkably, Calvary has gone largely unnoticed by Christian audiences. In a recent article for The Atlantic, writer Alissa Wilkinson argued that it’s because Calvary didn’t fit the traditional “family-friendly” narrative of Christian movies,

“In the movie business, ‘Christian’ or ‘religious’ usually gets conflated with the ‘faith-and-family’ audience, sidestepping a wide swath of people of faith who aren’t looking for ‘safe’ stories. One publicist informed me ahead of Sundance that the film she was representing wasn't ‘appropriate for Christians.’ Another told me it would never have occurred to her to pitch me. Marketers, publicists, and distributors tend to view Christian moviegoers as a monolithically single-minded group staunchly opposed to any film that might garner more than a PG rating, and only interested in movies that depict Biblical stories, tell inspirational biographical tales (mostly about athletes, brave children, or war heroes), or explicitly reinforce their own beliefs.”

The idea is that religious filmmakers have been taught to sacrifice quality for quantity. Any avid moviegoer knows that in the summer, movies are designed to be shallow and fun so they can pull in lots of money. During the winter, movies become more refined because the Awards Season is on the horizon. The problem with Christian films is that their audience is small, so religious studios have chosen to only follow the “summer” route. One man Wilkinson interviewed equated it to making a superhero film,

“’Several times ‘faith films’ were compared to superhero movies, where a studio can’t stray from what their fanboy audience wants, because it would guarantee a box office fail.’ Dobson told me. ‘Several times, it was said, ‘We’re doing this for them’—the audience. I find that particularly heartbreaking when said on the grounds of a festival where stories are told with such honesty that it forces the audience to admit they might be wrong.’”

In a time when Christian media is enjoying an extraordinary amount of publicity, it’s sad to hear that Christian filmmakers must choose between making money, and making good art. The Gospel message is a powerful force, and it deserves to be seen in movies that are not always safe for the whole family. If Christians truly want faith-based films to reach secular viewers, and find a place among the critically acclaimed, we need to strike out into new artistic territory. It may not be the safest path, but then, when has the Gospel ever been safe?

What about you? Do you think Christian filmmakers are sacrificing quality for quantity?