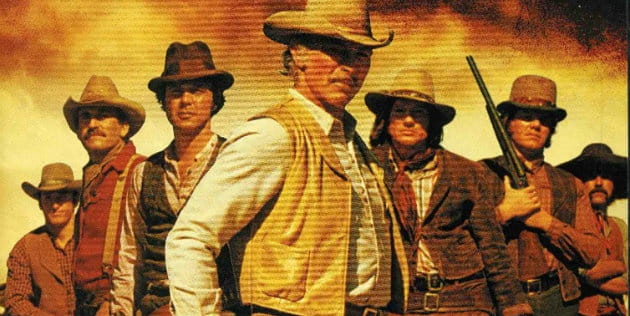 Remaking classic films can be tricky business, but the newest trailer for this gun-slinging Western looks positively (ahem) magnificent. Originally released in 1960, The Magnificent Seven was an American adaption of the Japanese film, The Seven Samurai. The plot followed a group of seven gunfighters hired to protect a small farming community from marauding bandits and their bloodthirsty leader. Based on the trailer, the new film will stay true to the original while updating some of the characters for modern audiences. According to Entertainment Weekly, the film is set to star a number of well-known actors including Denzel Washington and Jurassic World’s Chris Pratt,

“Denzel Washington, Chris Pratt, Ethan Hawke, Vincent D’Onofrio, Byung-Hun Lee, Manuel Garcia-Rulfo, and Martin Sensmeier star in the film as the title seven avengers, with Peter Sarsgaard playing the villainous outlaw they’re out to kill (before he kills them first). As the trailer sets up, Washington’s Sam Chisolm is asked by a young woman (Haley Bennett, who also stars in this fall’s The Girl on a Train) if he’ll provide retribution to the evil Bartholomew Bogue (Sarsgaard), who previously rode into their town, burned a church, and shot her husband (Matt Bomer makes a brief appearance as the doomed spouse). Chisolm will, but he needs some help first. Enter the motley crew of ne’er-do-wells to lend support, including Pratt’s gambler and Hawke’s Civil War veteran.”

The Magnificent Seven will ride into theaters on September 23rd of this year. To learn more, just watch the trailer below!