Disney’s A Wrinkle in Time Casts its Meg Murry

Disney’s A Wrinkle in Time Casts its Meg Murry 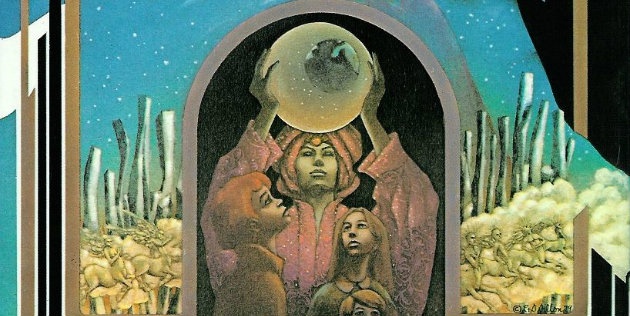 For many young girls, Meg Murry was the hero they needed while growing up. The protagonist of Madeleine L’Engle’s beloved novel A Wrinkle in Time, Meg wasn’t particularly beautiful or popular. She had thick braces, unruly brown hair, and wore a pair of old spectacles. Meg exceled in math and physics, but had a passionate, stubborn side which often put her at odds with her classmates. In short, Meg was a character many girls could actually relate to.

Because of the massive influence she had on early readers, the casting of Meg Murry was a significant step for Disney’s upcoming adaption of A Wrinkle in Time. Now, according to news reports from Entertainment Weekly and Vanity Fair, Storm Reid has been selected to fill the role. An up-and-coming young actress, Reid made her film debut in the critically praised 12 Years a Slave, and recently starred in this year’s Sundance hit Sleight. Perhaps the most significant aspect of Reid’s casting is that it completes director Ava DuVernay’s vision of a multicultural cast. EW writes,

“L’Engle’s novel follows Meg, a young girl who struggles in school but excels in math and physics. Her scientist father has been missing for years, and Meg, her brother Charles Wallace, and her classmate Calvin O’Keefe set out on a journey across space and time to find and rescue him, with help from various celestial creatures like the three Mrs. W’s and the enigmatic Aunt Beast.”

“Notably, this adaptation makes the Murry family a mixed-race family, and according to reports, the project is also looking for a non-white actor to play Calvin (who the novel describes as white with red hair). A Wrinkle in Timealso makes Ava DuVernay the first woman of color to direct a live-action movie with a budget of more than $100 million.”

Currently, the film has signed Oprah Winfrey as the imperious Mrs. Which, while Mindy Kaling and Reese Witherspoon are in talks to play Mrs. Who and Mrs. Whatsit respectively. Disney’s A Wrinkle in Time is expected to reach theaters sometime in the fall of 2018.