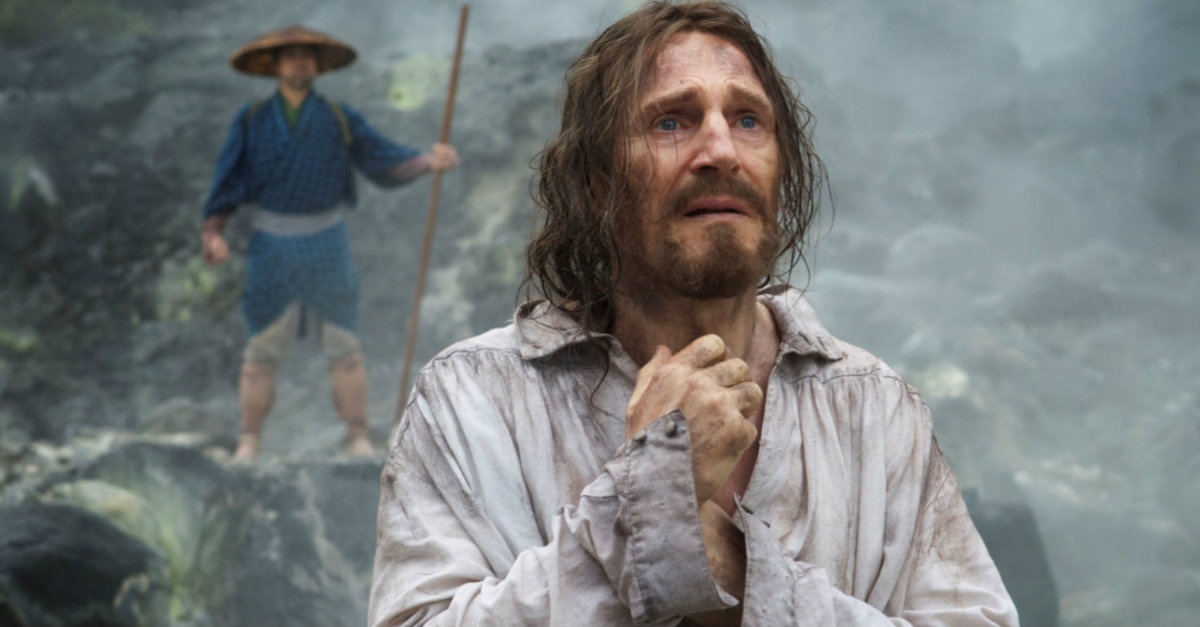 *Warning: the following contains spoilers for the movie “Silence”*

Martian Scorsese’s Silence is a difficult movie, not just artistically, but theologically as well. Everything about the film seems designed to test its viewer; the epic 2 hour and 41 minute run time, the brutal depictions of Christian persecution, the unanswered questions surrounding faith, doubt, and apostasy. The sheer scope of Scorsese’s project is what drew many critics to Silence at the beginning, and it’s what may have contributed to the film’s lackluster performance following release. However, with Christian audiences the main concern has always been on the gospel message. Regardless of what critics and moviegoers had to say, did the film at least stay true to the teachings of scripture?

Esther O’Reilly of The Stream would answer, “No”. In a recent column, O’Reilly mentioned how Silence was initially one of her most anticipated films of the year. However, after learning the conclusion of Shusaku Endo’s international novel, her enthusiasm waned. Despite the movie’s sharp appearance, O’Reilly felt Silence did not represent Christian values but ultimately trailed into blasphemy. She writes,

“The focal point of the story is a terrible dilemma forced upon its protagonist, Father Rodrigues (Garfield). Knowing full well that the blood of the martyrs is the seed of the church, the Japanese authorities have determined to break the church from the top down, by inducing its priests to apostatize. Like Fr. Ferreira, the mentor he came to seek, Rodrigues is forced to choose between trampling on a graven image of Christ and watching his beloved converts die slow, torturous deaths. ‘They’re not dying for Christ,’ taunts the inquisitor. ‘They’re dying for you.’”

“His companion, Fr. Garrpe (Driver), is separately given the same choice but remains strong to the end, providing one of the book and film’s stand-out scenes. But this is ultimately Rodrigues’s story, and it reaches its climax when he makes his decision: Trample. This also marks the moment when the oppressive ‘silence’ of God is dramatically broken. Unfortunately, it is broken in the worst possible way, as the Christ of the fumie — the image — audibly urges Rodrigues to trample on it.”

There is no happy resolution following this action. Rodrigues spends the rest of his life as a pawn of the Japanese authorities who use him to ferret out Christian imagery. The disavowal of his faith is put into writing, he takes a Japanese wife, and upon death, is buried in a Buddhist ceremony. Only in the very last shot is a crucifix shown cupped in Rodrigues hands, implying he still secretly holds to his faith. For O’Reilly, this final word was not enough to undo what damage had already been done.

“In short, Silence excuses and affirms doing evil that good may come. It puts words in Christ’s mouth that fly in the face of his explicit teachings. This is not merely ‘ambiguous.’ It’s blasphemous.”

Though O’Reilly’s observations certainly hold merit, I for one must disagree with her. Silence is not a story of blasphemy, but rather one of faith in its rawest form. Christians have long been enamored with the idea of “glorious martyrdom”, but Silence quickly disabuses it’s viewers of any such notions. Like Rodrigues, or maybe Peter if you need a Biblical example, many Christians believe they are ready to suffer and die for Christ. Yet, when the time came, both men apostatized.

Stripped of their pride and dignity, both thought themselves beyond the reach of God, only to discover God was still there. He had not only foreseen their betrayals, he had died to forgive them. How many of us would have the courage to rebuild a broken faith? How many of us would have the strength to endure it? That is the great and terrible message which haunts every moment of Silence.

Other Christians will certainly have their own opinions on Scorsese’s film, and that’s fine. Silence is a complicated movie, and complicated movies abhor easy answers. Yet believers should hesitate before labeling it blasphemy. Instead, we should take a moment to consider the question Jesus posed his own disciples. A question all of them failed to understand,

“Can you drink the cup I drink?”