How Legion Exposes the Stigma of Mental Illness

How Legion Exposes the Stigma of Mental Illness 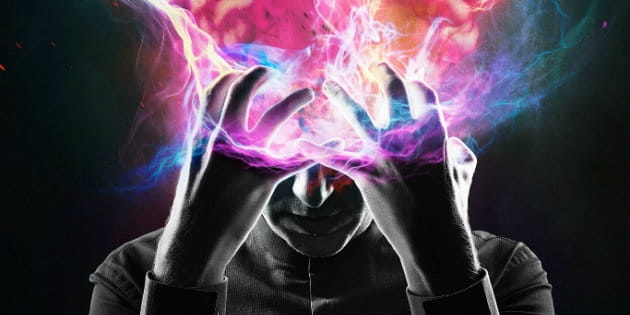 Ask any comic book aficionado, and they’ll tell you how superheroes have always been used as cultural commentary. Just take the X-Men, this ragtag band of heroes may pass the time fighting evil mutants, but their individual stories are rife with ideas of prejudice and civil rights. Classic characters such as Storm and Shadowcat were used to highlight America’s growing conflicts over racism and anti-semitism, while the devoutly Christian Nightcrawler offered readers spiritual answers to a number of highly-scientific questions. Now Marvel is taking the battle to another serious, though less talked about issue: mental illness. It all begins with Legion.

Legion, which premiered February 8 on FX, follows a young man named David Haller who was diagnosed with schizophrenia at an early age. Soon however, Haller is confronted with the possibility that there may be more to him than mental illness. Perhaps his bizarre experiences are part of his mutant powers beginning to manifest, or perhaps not. The show makes every effort to question reality, inviting it’s viewers to second-guess everything they see on screen. At the same time though, Legion builds empathy for Haller by depicting America’s general apathy towards those who struggle with mental illness.

Over at Relevant Magazine, Seth Hurd deconstructs the different aspects of the show and reflects on our society’s general attitude toward schizophrenia. Unlike other social topics, he argues, mental illness has a long history of being ignored. He writes,

“Fighting for mental illness awareness is just never going to be that cool, but it’s a continual issue in modern society. In 1963, JFK signed the Community Mental Health Act, to fund community-based preventive care and treatment facilities. He died before the program was ever put in place, and by the 1980s the majority of residential treatment centers for mental illness had closed due to budget cuts.”

“My late grandfather ran one of these facilities in Peoria, Illinois. When the lack of state funding shut the program down for good, patients who were not picked up by family or friends were literally forced out into the cold, increasing the homeless population. While there are plenty of mental health help movements out there, recent psychological studies show that seeing a character struggle on the page creates new pathways of empathy in the brain. It’s not much of a jump to assume the same thing can happen on the small screen. Watching Legion, the viewer feels for Haller, wondering how horrifying it must be to be imprisoned and force-fed a barrage of anti-psychotic drugs each day.”

Legion may not be a series aimed at Christians in particular, but that doesn’t mean it should go overlooked. As I’ve written before, Christians need to make room for mental illness in our spiritual conversations. When we fail to empathize with those who suffer we only perpetuate the stigma they’re fighting to overcome. Strange as it may sound, Legion at least provides Christians with a starting point. By getting to know the fictional Haller we inevitably make room in our hearts for someone who shares his frustrations.

Just as the X-Men taught their fans so long ago, sometimes the best way to save the world is to understand each other.