How The Grinch Can Save Christmas

How The Grinch Can Save Christmas 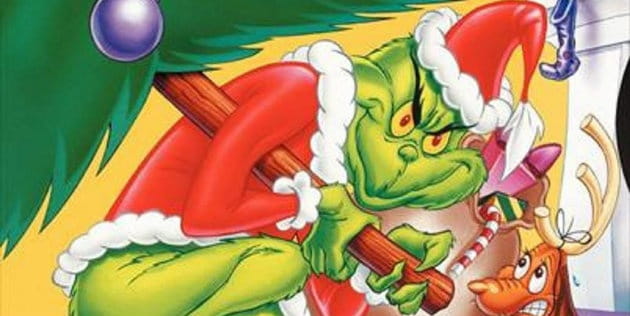 The old animated video How the Grinch Stole Christmas is easily one of my favorite holiday classics. How could it not be? The rhyming word-play, the catchy tunes, a dog dressed as a reindeer, this Christmas special had it all. Above everything though, was the thoughtful message,

I’m sure most Christians who have seen The Grinch can appreciate its colorful story. In an age of consumerism, it’s nice to know the true meaning of Christmas hasn’t gotten completely lost in the tinsel. Still, lately I’ve begun to wonder if Seuss’ tale is more layered than we give it credit for. Everyone can relate to the December commercialism, or that one grumpy soul who says “Happy Holidays” just to annoy people, but what if the Grinch himself represents something more? Let’s take a moment and review,

“Every Who Down in Whoville Liked Christmas a lot...
But the Grinch,Who lived just north of Whoville, Did NOT!
The Grinch hated Christmas! The whole Christmas season!
Now, please don't ask why. No one quite knows the reason.
It could be his head wasn't screwed on just right.
It could be, perhaps, that his shoes were too tight.
But I think that the most likely reason of all,
May have been that his heart was two sizes too small.”

We never learn much about the Grinch, only that he hates Christmas, and by proxy, the Whos. Those brief lines can speak volumes though. We see that the Grinch has isolated himself, and that he prefers to sit alone and stew in his anger. The result? His heart is two sizes too small.

So instead of rejoicing with his neighbors during the Christmas season, the Grinch spends his time trying to undermine them. He mocks them, belittles them, and takes pleasure in all the misery he assumes they’ll experience. All in all, the Grinch really does have all the tender sweetness of a “seasick crocodile”. He’s the quintessential Christmas villain. He’s also a perfect stand-in for ourselves.

To say the past year has been difficult would be an understatement. There’s been a lot of resentment and aggression in the air. Now, despite Christmas being only a few weeks away, many of us are still wrestling with mixed emotions. Instead of celebrating with our neighbors we’ve chosen to sequester ourselves, or demean others to make ourselves feel better. In short, we’ve become Grinches.

As Christians, we’re taught to cast out all bitterness from our hearts (Ephesians 4:31), but nowhere is this command more important than during Christmas. Christ’s birth represents the redeeming power of God’s love, the angels even called it “good news of great joy!” (Luke 2:10). Now is not the season for us to be Grinches, now is the time when the world needs to see us as disciples! Maybe your struggling to reconcile with friends, or perhaps you’ve said things in the past few months that were hurtful. If so, use this Christmas season to forgive and reconcile with the people around you.

Ask God to make your heart grow “three sizes”, and share the hope of Jesus’ birth with your neighbor. Let’s all take some advice from Dr. Seuss, and welcome Christmas hand in hand.