How Pixar is Changing Culture for the Better

How Pixar is Changing Culture for the Better 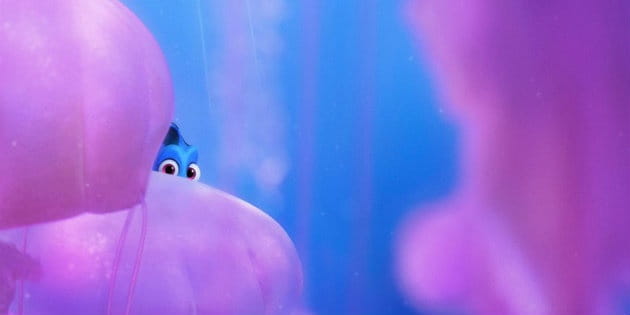 It’s no secret that Crosswalk has its share of Pixar fans. Ever since Toy Story first brought our childhood imaginations to life, the studio has played a large part in shaping a generation. What makes these movies so unique however, is the way they perfectly capture what it means to be human. Oh they might be colorful and funny, with zany characters like a cranky octopus, but beneath the animation beats a very human heart. Thanks to Pixar, both parents and children are learning new ways to approach difficult subjects. Just watch the studios latest film, Finding Dory, if you need convincing.

In a feature for Relevant Magazine, Jon Negroni reflected on how Finding Dory gave voice to those who suffer with mental disabilities,

“On the surface, Finding Dory may not sound nearly as exciting or memorable as its predecessor. It’s hard to top the high standard of thrills, adventure, humor and heart that Finding Nemo set over a decade ago. But like the last few movies Disney and Pixar have been releasing in recent years, Finding Dory has something more important to say with its bubbly, animated characters. It has a specific message about mental health and families aimed at children. And it’s in no way subtle.”

Indeed, over the past few years, Pixar has demonstrated a remarkable ability to build engrossing stories around powerful messages. Up, for all its talk of balloons and dogs, is actually a story about overcoming loss. Crosswalks own Shawn McEvoy related how the title could even be taken as a command to “get up” after suffering a devastating event. As for Negroni, he mentions how other studios have begun to follow Pixar’s lead, and new films are making an effort to dive for deeper meanings in their stories. He writes,

“Last year’s Inside Out, another Pixar movie, was highly praised by both critics and audiences for casting a light on depression with a brazen honesty that most people didn’t expect. How to Train Your Dragon 2, a DreamWorks film from 2014, addresses the heartbreaking consequences of parental loss without pulling any punches, even compared to the countless other children films throughout history that have used this kind of tragedy as a plot device.”

This is all very interesting to be sure, but some Christians might be wondering why they should care. Pixar may be changing culture for the better, but shouldn’t our first attention be on Christ? The answer to this can be found in the beginning of Matthew 5, where Jesus begins his message by blessing the meek, the mourning, and the poor in spirit (Matthew 5:2-12). Jesus saw their troubles and he understood, he acknowledged them, and he strove to help his listeners understand as well. He wanted his followers to develop empathy over righteousness, but that can be a difficult task for the best of people.

Pixar movies are changing culture by teaching us empathy. Now when we see a child struggling with a mental disorder, we’ll see Dory and comprehend. The old man sitting alone will become Carl Fredrickson, and the frustrated student trying to find his place could mirror Flik the ant, or Remy the rat. Empathy teaches us how to be better Christians, and by extent, better people. Jesus knew a good story could change the world, and now so does Pixar.