So You Think You Can Preach Releases First Trailer

So You Think You Can Preach Releases First Trailer 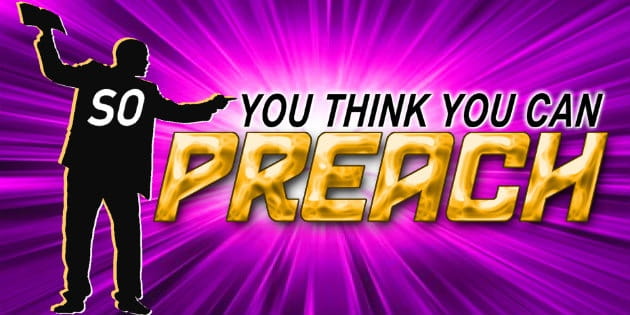 If there’s one thing to be said about reality television, it’s that it dares to go where no other program has gone before. As you might expect, that’s not always a good thing. Just take the upcoming new show, So You Think You Can Preach, in which armature preachers will apparently be competing for a cash prize of $25,000, a new car, and the chance to preach at megachurches across America. According to Relevant Magazine, contestants will have to deliver sermons in front of three “celebrity” judges in order to advance in the competition. The show will begin holding auditions in October.

Now, every Christian should strive to share the Gospel with their friends and neighbors, but antics like this make Creflo Dollar look restrained by comparison. It doesn’t help that the show’s trailer (which can be viewed here) is absolutely cringe worthy. That, along with the rising sea of negative feedback from Christian audiences, which might explain why The Christian Post reports no network has signed to air the show.