Is the Life of David Too Extreme for TV?

Is the Life of David Too Extreme for TV? 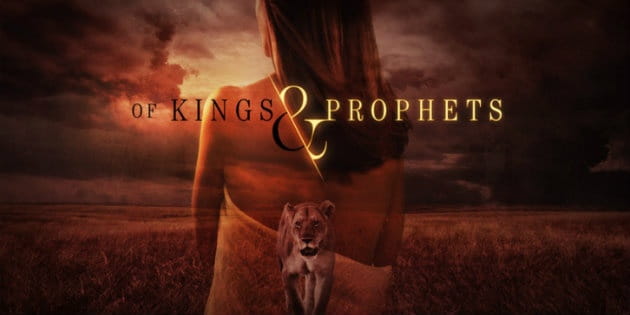 Some time ago, ABC announced the development of a new program chronicling the Biblical story of David. The series, Of Kings and Prophets, begins during the reign of King Saul, and follows David’s rise from humble shepherd boy to Israel’s anointed leader. Billed as “a Biblical saga of faith, ambition, and betrayal”, Christian viewers were nonetheless skeptical that a secular company would stay faithful to a scriptural narrative. Now, recent articles from Relevant Magazine and Charisma suggest they were right. When questioned about the possibility of mature content, producer Chris Brancato responded by saying,

“‘We're going to go as far as we can,’ Brancato said. ‘This story is an Old Testament [one that's] violent [and] sex-drenched. It's one of the world's first soap operas. ... You will watch a show that is tasteful but that also tells the story you can read if you want to pick up the Bible.’”

As you might expect, Christian outlets have not taken this news lightly, with Charisma even calling out ABC for their questionable practices,

“Unsurprisingly, and disappointingly, there's no discussion of the real themes of repentance, redemption and walking with God, which is far more intriguing than the sex and violence ABC is trying to sell to the American public.”

Strangely enough, this dialogue does bring up an interesting question: “Is the life of David too extreme for TV?”

Christians have vocally criticized shows like Game of Thrones for their gratuitous use of violence and sexuality, yet the story of David depicts scenes that make the HBO drama appear tame by comparison. Take 1 Samuel 18 for example, where David kills 200 Philistines and delivers their foreskins to Saul. What about the time David danced naked around the alter of The LORD? And let’s not forget his affair with Bathsheba, which contained murder, adultery, and blurred the line between consent and rape. How could any Biblical series remain true to scripture and remain safe for the whole family?

As Christians, we understand that all have sinned and fallen short of God’s glory (Romans 3:23). Even David, who was called “a man after God’s own heart”, was not immune to evil. The records of his mistakes are not meant to entertain a bored audiences, but to educate them. They humanize David so that all believers can read his story and see David as a human being with flaws like everyone. In the end, even the best of us need Jesus.

So what does this mean for Of Kings and Prophets? No doubt Christian viewers will be divided on the show when it premiers, with some championing Scriptural integrity while others call for a more appropriate depiction. As with Christian movies that stir controversy, the only thing we can really do is speak the Gospel and hope Christ will be glorified.