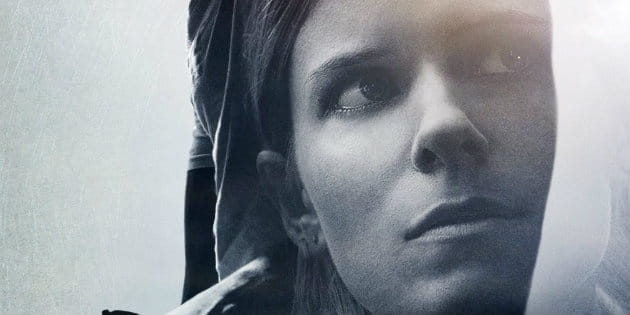 Sometimes it takes the shadow of life’s misfortunes for us to finally see the light of Christ. No one knows this better than Ashley Smith, a recovering meth addict who was desperately trying to put her life together. Separated from her child and lost in depression, Smith’s life changed forever when she was taken captive in her Atlanta apartment by fugitive Brian Nichols. It was during this harrowing encounter that Smith began to read to Nichols from The Purpose Driven Life, an action that would lead both individuals to the doorstep of God. Now, audiences will get to witness their story firsthand in Paramount Pictures’ latest film, Captive.

The movie, which stars Kate Mara (House of Cards) and David Oyelowo (Selma), shares not only the remarkable true events that took place, but also the powerful message of Christ’s grace found in The Purpose Driven Life. According to a recent press release from A. Larry Ross Communications, the book’s author, Pastor Rick Warren, hopes the film will encourage viewers to seek for Christ in their own lives. He states,

“’The most compelling movies are the true stories that make you want to stand up and cheer,’ said Warren, author of The Purpose Driven Life and pastor of Saddleback Church. ‘Captive will captivate you with the awesome power of the second chance.’”

The film has also served as a source of great inspiration for the cast and crew, particularly Oyelowo who used the film’s featurette to share a little about his own faith.

“My faith as a Christian, it’s the cornerstone of my life, and ‘Captive’ is a universal story, to me, of power of a modern-day miracle … I think this film shows two broken people who unexpectedly – for them – find light in the darkest of places,’ Oyelowo, who portrays Nichols, said in a behind-the-scenes feature released today. ‘This unexpected episode brought about Ashley’s literal ‘come to Jesus’ moment. That to me is the power of the story, how the light can truly infiltrate darkness in an unexpected way.’”

In addition to supplying more information about the film, Captive’s official website is also launching an immersive social media campaign that gives fans the chance to answer questions and join the conversation surrounding Captive. The film is set to open in theaters September 18th of this year. In preparation for the film, Paramount has released an exclusive featurette that includes interviews with the cast as well as a sneak peek at the upcoming film.

Click here to view an exclusive featurette for Captive

*Information for this post was provided by A. Larry Ross Communications