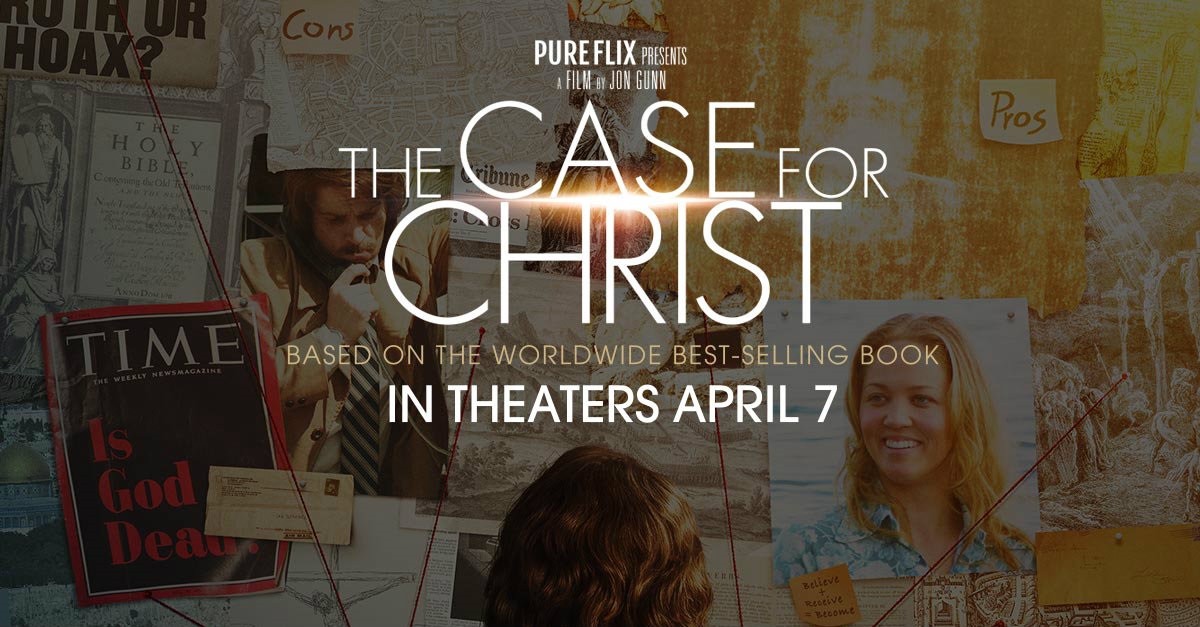 While it’s certainly possible to make money off a Christian movie, faith-based features have never exactly been known for their quality. Outside the evangelical community, Christian films are often accused of being poorly made, badly acted, and sacrificing good storytelling for a ham-fisted message. Actually, these criticisms have been leveled by Christian audiences as well, just look to Pure Flix Entertainment. Despite producing blockbuster movies such as God’s Not Dead, Do You Believe?, and Old Fashioned, none of their films have ever been highly regarded by critics. That is, until now.

Based on an article from Relevant Magazine, The Case For Christ is making history as the first Pure Flix movie to receive a certified “Fresh” rating from the review aggregation site Rotten Tomatoes. The film, based on true events which inspired a book of the same name, tells the story of atheist Lee Strobel’s conversion to Christianity after failing to disprove the resurrection of Jesus. Despite a small release, the film has so far generated favorable reviews, with Relevant stating,

“Now, to be fair, the movie is in limited release and only has 10 total reviews aggregated right now (by contrast, The Fate of the Furious has 81) but, hey, seven of those 10 ratings are positive and a fresh rating is a fresh rating. Joe Leydon at Variety called the movie ‘intriguing’ while the Huffington Post‘s Jackie Cooper said it was “well made and well acted.’”

“Even the film’s negative reviews aren’t awful, with the AV Club‘s Vadim Rizov calling it ‘tedious’ but admitting that it’s ‘easily Pure Flix’s most superficially credible production to date.’ Noel Murray at The Los Angeles Times also wasn’t much of a fan, but wrote that we should ‘give credit to the filmmakers for making a faith-affirming picture that aims to be more thoughtful than maudlin.’”

These reviews mark a decisive step forward for Christian filmmaking, both in the areas of viewership reach and creative craftsmanship. Though it’s still too soon to tell how far-reaching these positive reviews will effect Christian cinema, believers can certainly be encouraged by a job well done. As for Pure Flix, the studio is preparing to launch two new highly-anticipated films in 2017: Same Kind of Different as Me and God’s Not Dead 3. The first stars Renée Zellweger and Greg Kinnear in a story about finding forgiveness and helping the homeless, while the next installment of the popular franchise will deal with religious liberty in the public square. For more details, you can visit the studio’s main page by following this link!