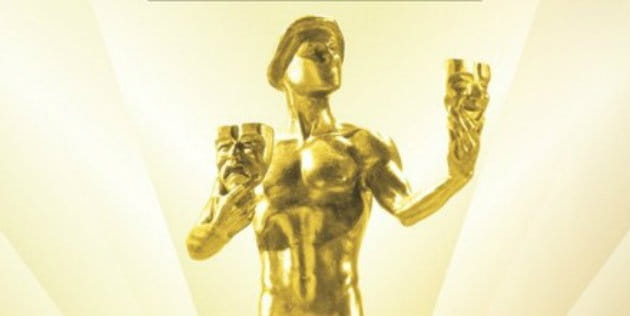 Hollywood has never shied away from making political statements. Whether on screen in such films as Hidden Figures, or on stage like Meryl Streep’s Golden Globes speech, actors have always used award season to highlight important issues. The 2017 Screen Actors Guild Awards proved no different. Throughout the night, both winners and announcers would come forward to denounce the recent immigration order banning refugees from the United States. In some cases, the defiant words overshadowed the victors themselves.

According to the New York Times, the united front began with actor Ashton Kutcher, who raised awareness to the countless refugees detained in airports across America,

“The awards, which were held at the Shrine Auditorium in Los Angeles, opened with Ashton Kutcher welcoming viewers and ‘everyone in airports that belong in my America. You are a part of the fabric of who we are. And we love you, and we welcome you.’”

“The mantle was quickly picked up by the night’s first winner, Julia Louis-Dreyfus (best actress in a comedy series for ‘Veep’).”

The wave of celebrities continued with Denzel Washington who, upon winning the award for Best Male Actor with his role in Fences, pleaded with viewers to create a more empathetic society. Emma Stone, who took home Best Actress for her performance in La La Land, noted the cultural tension and praised people for getting involved. Sarah Paulson encouraged viewers to donate to the A.C.L.U., while Bryan Cranston reflected on what previous presidents might say to Donald Trump. Even the cast of Stranger Things took a moment away from their acceptance speech to address the plight of refugees,

“I would just like to say that in light of all that’s going on in the world today, it’s difficult to celebrate the already celebrated ‘Stranger Things’ … Great acting can change the world, is a call to arms from our fellow craftsmen and women to go deeper, and through our art to battle against fear, self-centeredness and exclusivity of our predominantly narcissistic culture.” said David Harbour, who plays Sheriff Jim Hopper in the acclaimed series, “And through our craft, to cultivate a more empathetic and understanding society by revealing intimate truths that serve as a forceful reminder to folks that when they feel broken and afraid and tired, they are not alone.”

Regardless of how Christians may feel about Hollywood, there’s no denying the recent executive order has proven divisive. Many Americans have already turned out to protest, while some politicians have vowed to oppose the order by creating sanctuary cities. As believers, this moment demands our attention. We can only pray God will grant us the wisdom and courage to see us through the turbulent days ahead.