The Powerful, Pro-Life Message of Born This Way

The Powerful, Pro-Life Message of Born This Way 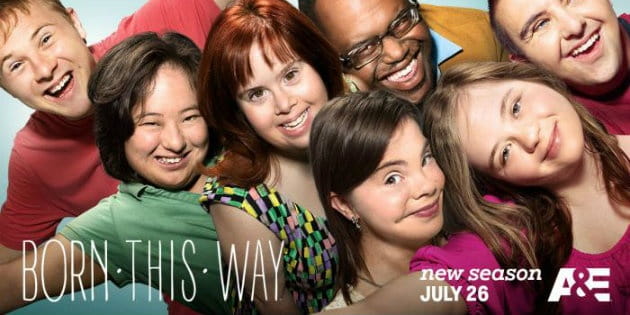 “He’s been a brilliant inspiration to most people who encounter him.” says Sandra McElwee when asked about her son Sean, “Think about it, it’s hard for any individual to stand up in front of a crowd and talk, and Sean loves to do that even though his speech is difficult to understand.”

Sandra’s son Sean is one of seven cast members in A&E’s groundbreaking new series, Born This Way. Like any reality show, Born This Way adheres to a rather simple formula: cameras follow a group of friends as they chase their dreams, overcome obstacles, and share some laughter along the way. What sets it apart however, is that all seven cast members have Down syndrome, a genetic disorder characterized by altered facial features, stunted growth, and slowed mental development. Down syndrome has become less recognized over the years due to a distressing spike in abortions. Medical tests which detect the disorder early on are leading a number of couples to terminate their pregnancy rather than carry the baby to term.

The good news is that shows like Born This Way are sending a powerful, pro-life message to their audience. Sean and his friends are continually defying the expectations of society, demonstrating their ability to live, love, and contribute, despite their handicaps. Furthermore, testimonies from the cast’s parents have struck a chord with viewers, reminding them what it means to be a parent.

“‘Don’t expect a lot, he will never be an asset to society, he will never be a productive citizen’ those are the words they tell you.” states Joyce Tucker, the mother of John Tucker, as she recalls the doctors trying to coerce her into an abortion “I just said, ‘No, John is going to be my child.’”

Another encouraging story came from Relevant Magazine during an interview with Sandra McElwee. Seth Hurd shared how Sandra’s advocacy, as well as Sean’s many accomplishments, encouraged one mother to cancel her abortion,

“Recently, a woman approached Sandra at a conference to share that she had scheduled an abortion after a Down syndrome diagnosis, because a doctor said her child would be a ‘vegetable.’ She canceled the abortion and challenged her doctor—who insisted that the seven cast members on Born This Way, who hold down jobs, pursue passions ranging from music to entrepreneurship and some of whom live independently—‘were the exception to the rule.’”

“In reality, A&E was careful to cast adults with the median Down syndrome experience.”

In a sense, Born This Way is teaching it’s viewers a lesson Christ taught his disciples years ago, that all children are gifts from God. Down syndrome and other disabilities will certainly present challenges, but they in no way diminish the passion, joy, or perseverance of men like Sean. Through their trials and tribulations, the cast of Born This Way are proving to the world the God doesn’t make mistakes. The more we understand this truth, the more amazing their stories become.

*Be sure to watch Crosswalk’s exclusive interview with Sandra McElwee, and catch new episodes of Born This WayTuesday nights on A&E.