What 'American Gods' Can Teach Us about Idolatry

What 'American Gods' Can Teach Us about Idolatry 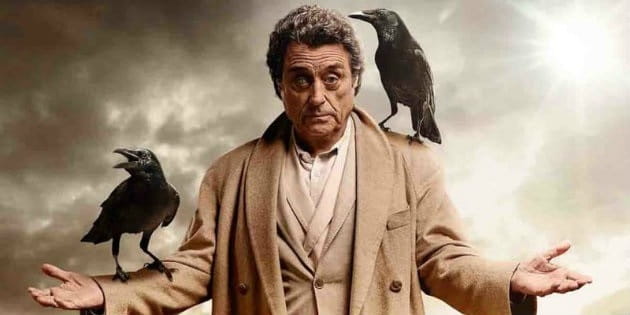 We all worship something, at least according to American Gods. The upcoming Starz series, which is based on a novel of the same name, has already been making headlines as one of the most anticipated new shows of 2017. The story revolves around a recently paroled ex-con who discovers that not only do the gods of ancient mythology exist, but many of them have been trapped in America for the last century. Right off the bat, this series is sure to be controversial with Christian audiences. However, beneath its cultural undertones, American Gods actually delivers an important message concerning faith and idolatry.

As explained by author Neil Gaiman and Marc Snetiker of Entertainment Weekly,

“The crux of American Gods, based on Neil Gaiman’s 2001 novel, is that ancient mythological figures from around the world — folks like Anansi, Sheba, Horus, Loki — arrived on our shores centuries ago through the worship of immigrants but have remained in America long afterward. With few believers left, they’re having trouble gleaning power (and thereby surviving) from a country that’s instead so focused on ideas like celebrity, technology, and consumerism that a whole new host of American gods have manifested from those obsessions.”

One prime example of this modern worship is the new goddess Media, who represents the American fascination with television and Hollywood. In one of the novel’s more telling moments, Media boasts about how humans have made her powerful by sacrificing their time at her “electronic alter” (I.E. the television). After all, people design entire rooms around their TV, they ignore friends and family to catch up on their favorite shows. How could this not be defined as worship? The exchange is a rather sobering moment for Christians (especially if you regularly blog about pop culture).

The first two commandments God ever gave the Israelites were,

“You shall have no other God before me” and “You shall not worship any graven image” (Exodus 20:3-4).

Most Christians tend to believe they’re pretty good at covering these directives. Yet, if American Gods can teach us anything, it’s that true worship is found in what we sacrifice to.

Work, sports, fashion, technology, each of these things can become an idol based on how much time and money we give to them. Have you ever skipped Bible study because your favorite show was on that night? Did you refuse the offering plate one day because you needed money for those new shoes? How many of us attend Church on Sunday mornings and spend the entire service imagining a football game? The truth is, we’re all guilty of idolatry in some form or another.

In Matthew 22, a man asks Jesus what is the greatest commandment, and he replies,

When we invest more of our time, money, or attention in something other than Christ, we are creating a new god for us to worship. Being a Christian means giving our heart fully to Jesus at the exclusion of all else. Our lives should represent and reflect the love, grace, and forgiveness God has shown to us, while our worship should be seen in everyday actions, not just Sunday morning gatherings. Whatever Christians may think of American Gods, it still presents its viewers with a very important question,

“What do you worship?”