Why are Reunions So Important to our Faith?

Why are Reunions So Important to our Faith? 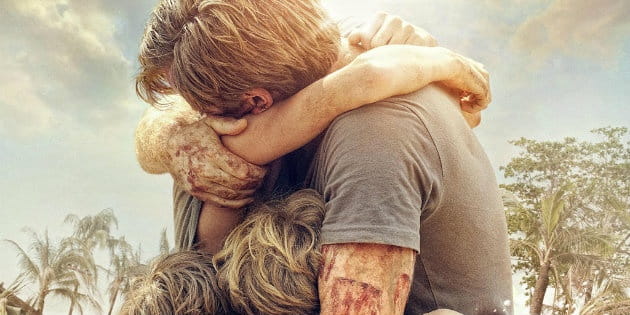 I’m not usually an emotional person when it comes to movies. Sure, I’ll laugh at comedies and feel a surge of adrenaline with every action flick, but it takes a special kind of cinematic art to really move me. There is one exception to the rule though: reunions. Show me a film where two people are reunited after a long, painful separation and I will start sobbing like a baby. As a Christian, I believe there is something inherently spiritual about reunions, and in many ways they point us to toward the redeeming message of Jesus.

The best example of this, in my opinion, is a somewhat overlooked film called The Impossible. Based on true events, The Impossible tells the story of an ordinary family who become separated after the 2004 Indian Ocean tsunami. As each member struggles to survive the disaster, they must also combat the fear and anguish of their separation. Where is the mother? Where is the father? Where are the children? Will they ever see each other again?

When the family finally does reunite, the joy of the moment is overwhelming. It doesn’t matter that they’re injured, or filthy, or trapped in a strange country, they are together again, and that’s all that matters. In Luke 15, Jesus tells his followers the parable of the Prodigal Son. Though most Christians know this story front to back, there is one verse in particular which always holds our attention,

“…But while he was still a long way off, his father saw him and was filled with compassion for him; he ran to his son, threw his arms around him and kissed him.”

This isn’t the only parable from Jesus with themes of reunion. Look at the parable of the Lost Coin, where a woman searches her entire house for the missing treasure, and then celebrates when it is found. Look at the parable of the Lost Sheep, in which a good shepherd travels far and wide to find his missing lamb. Likewise, The Impossible is not alone in portraying dramatic reunions. Think about The Return of the King, where Frodo discovers his friends are alive and their fellowship is restored. Go watch Tangled, and try not to cry when the King and Queen, after years of hoping, are at last reunited with their daughter.

Just imagine it. All that pain turning to joy, fear giving way to faith, and love filling the empty spaces despair created. By its very definition, “reunion” means to take something that was broken and make it whole again, and that message is at the heart of the Gospel. Because of sin we were separated from God, lost and wounded, like the family in The Impossible and all those other stories. Yet, Christ came to heal that brokenness, and restore our relationship with Him.

I often imagine that my first moments in Heaven will be like those films. A powerful reunion where all the past hurt and mistakes just don’t matter anymore. Maybe I’m being dramatic. After all, you can see anything in everything if you choose to look hard enough. But for my part, I think I’ll always see a bit of God in any movie that brings its heroes together again.

What about you? What are your thoughts on “reunions” and how they fit into the gospel?