What X-Men: Apocalypse Gets Wrong about God

What X-Men: Apocalypse Gets Wrong about God 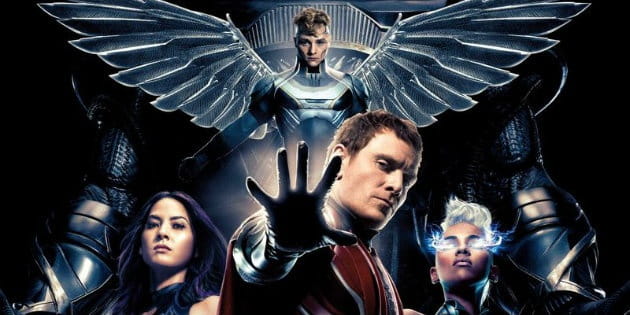 “I’ve been called many names over many lifetimes,” croons Apocalypse as he glides among his followers, “Ra, Vishnu, Elohim.” I can remember flinching at that last name. Typically, I like to believe I’m the type of Christian who isn’t easily offended, but as I watched the newest installment in the X-Men franchise, my conscience became troubled. Superheroes have always been used to explore questions of justice, culture, and equality, but this new movie from Brian Singer wasn’t asking a question so much as making a statement: When it comes to gods, you should expect no mercy.

X-Men: Apocalypse is one this summer’s most religiously charged films, but as Crosswalk Editor Shawn McEvoy said in his video review, “That’s not an endorsement.” The story follows En Sabah Nur (AKA Apocalypse), the world’s first mutant, who awakens after centuries of slumber beneath the earth. Outraged that humanity has forgotten him, Apocalypse recruits four powerful beings with the intent to cleanse the world and reshape it in his image. Considering himself a god, Apocalypse believes he is above the workings of mortal men, and freely dispatches any human or mutant who gets in his way. The film slyly questions what role religion should play in the lives of people, but as Wade Bearden of Christ & Pop Culture writes, its own opinions are fairly clear,

“The answer is tricky, and the film rudimentarily visualizes two camps. The Catholic Nightcrawler prays to a Father he believes eclipses Apocalypse; ‘Listen to my prayer,’ he pleads on the way to battle. ‘By the grace of God,’ says one newscaster later. ‘I think our prayers were answered,’ exclaims another. But the film seems insistent that the real hero here is human progress rather than celestial oversight—a rather predictable response, and none too satisfying. During the film’s climactic struggle, an ‘X’ is made in front of Apocalypse—a symbol to the team’s unity. ‘You’re just another false god,’ Xavier says to Apocalypse. Victory is not achieved through mere power, but because others are willing to sacrifice for those they care about. God didn’t answer our prayers; the X-Men did.”

It’s a powerful message, but ultimately a fruitless one. History has demonstrated that, instead of God, humans are the ones responsible for the world’s evil. Death, Pestilence, Famine, War; these aspects may be Apocalypse’s henchmen in the film, but they are man’s inventions. For X-Men to applauded the progress of humanity while simultaneously ignoring this fact is not only misguided, it’s dangerously arrogant. It’s no wonder the Bible speaks so harshly of sin,

“Behold, I was brought forth in iniquity, and in sin did my mother conceive me.” - Psalm 51:5

What X-Men: Apocalypse fails to understand about God is that God isn’t the problem, man is. Ironically, the very first X-Men film stumbled upon this realization when Magneto, face-to-face with an enemy, responded that God was a being of “light, wisdom, and understanding” while man was a creature of fear. Rather than acknowledge their own flawed existence, our heroes project their troubles onto Apocalypse, making him the scapegoat for all their woe. Their victory brings a brief respite, but as the movie implies by its own ending, evil isn’t defeated so easily.