Why Aren’t There More Christians on TV?

Why Aren’t There More Christians on TV? 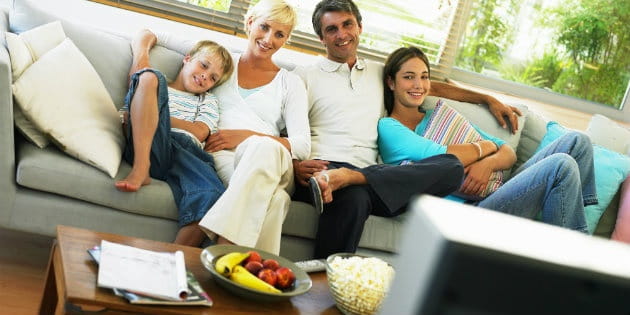 The other night, as I was flipping idly between channels on television, I happened to stumble across something unexpected: a character praying. I was so surprised I think I did a double-take. When was the last time I’d seen someone praying on mainstream television? While the show itself wasn’t particularly spiritual, and the prayer lasted only a few moments, the scene still left quite an impression. I found myself wondering, “Why aren’t there more Christian characters on TV?”

These days, viewers have more entertainment than they know what to do with. Aside from basic cable there are web series, streaming services, YouTube videos, and a whole host of other platforms that eat away our time. Despite all these outlets though, it’s rare to find a show which features Christians, and even harder to find one which portrays them in a positive light. How did this happen? Well, based on some personal observations, there are three reasons why Christians are getting overlooked on TV.

In the old drama series Kings (based off the biblical life of David) there’s a scene where the King prepares an address for his nation. “I hope he doesn’t mention God,” quips one character, “God isn’t fashionable.” The speaker had a point. In most media, God isn’t fashionable, but then, He’s not supposed to be.

Crosswalk has written several times about how Christianity doesn’t need to be cool. While fads, trends, and popularity change, God remains eternal (Matthew 24:35). As believers in Christ, we are called to live humbly and faithfully, a message which runs countercultural to the bombastic voice of Hollywood. So long as humans chase fame and opulence, Christians will never be welcome on TV. Then again, I doubt believers will consider this a huge loss.

Christianity is Not about You

Speaking of faith and humility, Christ calls His followers to put away all selfish desires. Scripture tells us we become new creations,

“But now you must put them all away: anger, wrath, malice, slander, and obscene talk from your mouth. Do not lie to one another, seeing that you have put off the old self with its practices and have put on the new self, which is being renewed in knowledge after the image of its creator.” – Colossians 3:8-10

How much of television revolves around your wants and needs? How many protagonists spend their episodes chasing their desires, their agendas, and encouraging viewers to do the same? Christianity is radically different from the world because it promotes selflessness over self-fulfillment. Man cannot serve two masters (Matthew 6:24), and television is largely about serving itself.

Regretfully, the final cause has more to do with our mistakes than pop cultures’. It’s common to hear Christians say we are “In the world, but not of the world.” The idea being, while we live in the world, our loyalty is to Christ, and we won’t be conformed by society. Unfortunately, many Christians take this as a que to isolate themselves from non-Christians. They withdraw from the world, never crossing the boundaries of their church or Bible study.

Is it any wonder pop culture has no idea how to portray Christians? Or that we rarely see ourselves represented in the media? Only by engaging culture can we shine the light of the gospel for all to see (Matthew 5:15). A believer needs to be visible in order to be a witness. Perhaps the only way to see Christians on television, is to ensure we see more Christians in day-to-day life?

What about you? What are your thoughts about Christians, television, and pop culture? Be sure to leave a comment in the space below!