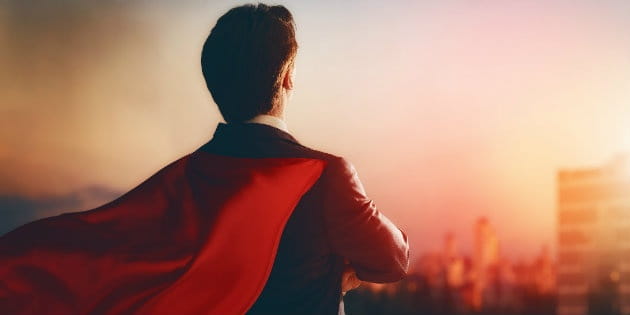 If you were to ask me which of the Pevensie children in The Lion, the Witch and the Wardrobe was my favorite, I wouldn’t hesitate to say Edmund. This may seem like a strange choice given how Edmund is (to barrow a British term) something of a bad egg, but I’d argue that his flaws are precisely what make him so endearing. Over the course of the first book, Edmund racks up a number of bad decisions; he’s cruel to Lucy, gets Mr. Tumnus arrested, and betrays Aslan, but readers know the younger Pevensie isn’t inherently evil. His personality has been warped by schoolyard bullies, low self-esteem, and some cursed Turkish delight. While the other children provide pleasant examples of courage and faith, Edmund’s story is an explosion of regret, forgiveness, redemption, self-actualization, hope, and abundant love. In short, his flaws are what make him interesting.

The reason I bring this up is because sometimes I worry Christian films have forgotten the importance of flawed heroes. The inherent goal behind most faith-based projects is to lead viewers to Christ, so naturally the writers want to put their best foot forward. However, this often results in them turning the film’s protagonists into two-dimensional saints. If they do make mistakes, they are acceptable ones, which don’t cause much trouble and are quickly shrugged off by the viewer. Just take the God’s Not Dead series as an example.

Both Josh Wheaton (GND 1) and Grace Wesley (GND 2) are ideal Christian heroes. They’re kind, intelligent, forgiving, courageous, and… completely unrealistic. They never once struggle with personal failures or demonstrate any characteristic which portrays them in a negative light. This may give the audience something to aspire to, but it also leaves less of an impact, and makes them harder to empathize with. To make matters worse, Christian characters who do show dirt under their nails are often discarded by faith-based viewers.

Martian Scorsese’s Silence became a feature of controversy when the main character, Father Rodrigues (Garfield), ultimately recanted his faith in order to save a group of villagers from suffering torture. Father James, the protagonist of another dynamic film called Calvary, similarly went overlook due to his gruff nature and volatile reactions. Both men are deeply flawed, and yet, their flaws are what make their faith stand out. By the end of their respective films both men have changed significantly. For Rodrigues, his journey transforms from one of pride and confidence to a revelation on humility, repentance, and grace amidst failure. As for Father James, he’s able to connect with Christian viewers by (to quote Crosswalk’s Jeff Huston), “honestly depicting the walk of faith at its noblest and darkest.”

By creating flawed heroes, faith-based films don’t just produce better characters, they produce better faith. We can even find the proof of this within scripture, just look at the lives of David, Gideon, Peter, Esther, and the countless other individuals God called to his service. They were not chosen because of their righteousness, they were chosen because God wanted to reveal his glory to and through them. Christian movies need flawed heroes because people (even Christians) are flawed, and it’s only when we see God’s transformative power at work that we can truly understand the depths of his sacrifice.