Why Christians Should Be Watching American Crime

Why Christians Should Be Watching American Crime 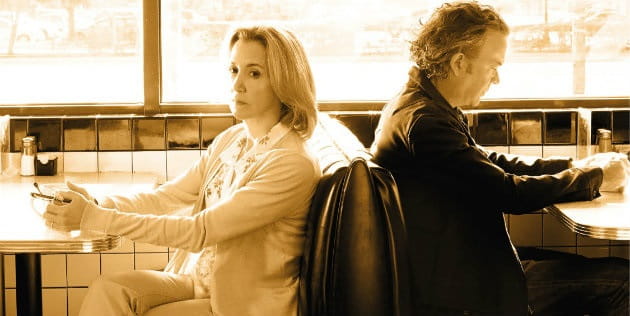 The Christian walk was never meant to be simple. After all, where others are taught to fight their enemies, a Christian is commanded to love and pray for them (Matthew 5:44). Culture obsesses over fast cars and big houses, but again, scripture insists real treasures are found only in heaven (Luke 12:33-34). Then there was Jesus himself. Other religions portrayed their gods as mighty conquers, yet Christ came in the form of a man and died willingly on a cross (John 3:16). No, if you were looking for something safe and easy, you wouldn’t find it in Christianity.

The same philosophy applies to American Crime, the hit anthology drama currently enjoying its third season on ABC. Police procedurals are typically straightforward affairs; the good guys win, the bad guys lose, rinse and repeat as needed. American Crime is different. The showstands out by challenging it’s viewers with conflicting viewpoints and invoking deep cultural themes of race, class, politics, gender, and sometimes, even faith. It’s the kind of series that’s hard to watch and leaves the audience pondering everything they just witnessed. There are even cases where viewers never learn who was innocent and who was guilty.

In its first season, the story follows a young couple who are attacked in their home, leading to an arrest that stirs up racial tensions within the community. The second entry chronicles life at a private school after rape accusations are leveled against one of their star athletes. Now, in the third season, audiences are introduced to the harsh reality of modern slavery. Who is really telling the truth? Is prejudice responsible for these types of crimes? Are we, the viewers, guilty of allowing these systems of abuse to continue? Every episode is complicated and uncertain, just like real life.

In doing so, American Crime serves as both a warning and a guidepost for modern Christians. All human beings have a deep-seated craving for simplicity. We like it when things are black and white, and unfortunately, this can apply to our faith as much as our television. Whether it’s debating politics on Facebook, or arguing scriptural interpretations with other Christians, there’s always a danger of labeling the other side as simply “wrong”. In fact, vilifying our opponents is surprisingly easy.

American Crime quickly disabuses it’s viewers of any such notions. For better or worse, each character in the series is relatable, making it much harder to pin down anyone as “the bad guy”. Similarly, the Bible admonishes Christians who try to use the gospel as an “us vs. them” narrative. It reminds believers that all of us are broken creatures and guilty of sin (Romans 3:23). We’re told true wisdom is found in understanding others, not fighting with them (Proverbs 14:29), and that the ways of God are different from the ways of mankind (Ecclesiastes 11:5).

The Kingdom of God isn’t furthered by calling someone a crazy liberal or an uptight conservative. Rather, the Holy Spirit is glorified by wrestling with difficult questions, and listening to our neighbors, even when we’re convinced our viewpoint is the correct one. By watching American Crime, Christians will come to realize people are vastly more complex than the caricatures we often create for them. Only once we accept this truth are we able to meet them as the fellow prodigals of a Heavenly father. This may not be the simplest path through life, but it’s where God is calling us to walk.