Wonder Woman and the Call for Christian Love

Wonder Woman and the Call for Christian Love 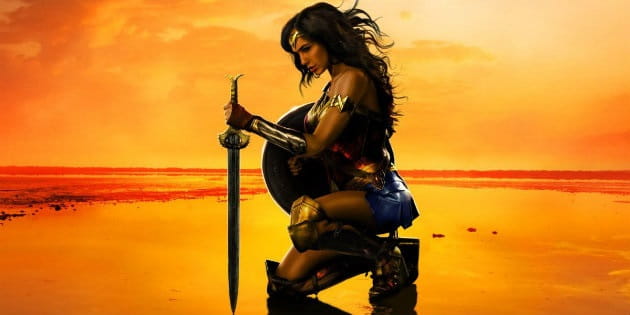 You may recall an infamous Tweet that went viral some years ago concerning the state of superhero movies. The message went something like this,

“DC is all like ‘Wonder Woman’s too confusing for a movie!’ and Marvel is all like ‘Here’s a raccoon with a machine gun!”

The joke was meant as a testament to DC’s incompetence. Not only had they fallen behind in the movie race, Marvel was now showing them up by taking big risks with previously unknown characters. At least, that’s how things seemed at the time. In hindsight, the comment doesn’t do justice by DC or Wonder Woman.

Before they sailed into theaters back in 2014, not many people knew about The Guardians of the Galaxy. Even among comic nerds they were something of a deep cut. Had their movie bombed, viewers would have just shrugged their shoulders and moved on to the next Marvel property. After all, no one thinks too seriously about a talking raccoon. Wonder Woman, on the other hand, was different. Her character (and by extension her movie) came with certain expectations.

Any Wonder Woman film would need to pay tribute to the characters feminist roots without alienating her male fans. She was required to show herculean strength, but also demonstrate human vulnerability. She needed to be beautiful, but not so beautiful that other women felt inferior or objectified. She was expected to be an icon for young girls, but also maintain her own unique personality. She needed to be independent, but also capable of working alongside others in her (cough) league. In short, people demanded a lot from Wonder Woman, far more than they would ever expect from a film about space rodents and a talking tree.

That’s because Wonder Woman has always symbolized something greater than herself, the belief that truth, justice, and love can not only stand against cruelty, but defeat it. Many critics get caught up in the idea of gender wars, believing Wonder Woman teaches young girls to pursue physical toughness or else fall victim to evil men. In reality, the character is about showing fans of both genders that true strength is found in virtue. When Wonder Woman finally steps onto the battlefield midway through the film, it’s not out of vainglorious pride, but a selfless desire to protect the people behind her. Love is ultimately what carries the day.

The Bible has a lot to say about love. Love is patient, love is kind, and it does not delight in evil but rejoices with truth. It always protects, always trusts, always hopes, and always perseveres (1 Corinthians 13:4-8). Love protects its neighbor (Romans 13:10) and drives out fear (1 John 4:18). Love is what binds together all the other noble virtues such as patience, justice, and charity (Colossians 3:14). These are the same qualities Wonder Woman has always exemplified.

For Christians, Wonder Woman shouldn’t be a tinderbox of gender ideology or complementarian debate. Rather, it should serve as an example of the love God has called us to show our neighbor. We don’t need super-strength to be a hero. We only need to remember that with faith and courage, we can do wonders.