2 Secret Steps to Being Brave in a World of Fear

2 Secret Steps to Being Brave in a World of Fear 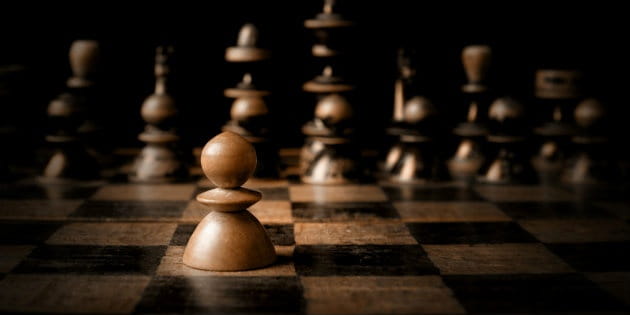 C.S. Lewis once wrote, “Courage is not simply one of the virtues but the form of every virtue at the testing point, which means at the point of highest reality."

That’s a rather profound statement when you think about it. Most people think of courage as something singular, just one action taken in the face of a particular fear, but Lewis is arguing that courage is really a combination of actions and fears. This is an important lessons for Christians. The Bible tells us to have courage and show faith in the midst of our trials (Psalm 56:3-4), but we’ll never be able to do that if we don’t understand what true bravery is.

Jon Acuff, the witty blogger behind Stuff Christians Like and other great articles, has also got some important things to say about courage. In a guest post on the Michael Hyatt blog, Acuff breaks courage down into two steps:

“Tell people you did it.

If that second part feels easy to you, then you’ve never created something you deeply care about. I can’t explain it, but the more you care about something the harder it is to tell other people about it….

The photo project you poured your heart and soul into? The business you dreamed about starting since you were a child? The poems you carried inside for years? The moment you actually dare to do those things, fear will launch a new campaign against you.

Don’t be so self-promotional.
Don’t bother people with the things you created.
People don’t care about what you built.
What if they laugh at what you did?
What if they don’t like what you made?

So books that are brilliant stay stuck on laptops. Businesses the world might have loved close their doors. Dreams die quiet deaths in forgotten notebooks.”

Courage needs to be visible. It needs to inspire, and receive affirmation. That’s not to say actions done in secret are any less brave, or don’t make an impact, but at its heart, courage is something that’s meant to be shared. Just look at some of the Bibles greatest heroes; Esther and Elijah, Moses and David, or Ruth. They all did incredible things, but they didn’t do them alone or for their own glory.

As Christians, we understand our lives our not our own. We are, all of us, connected to each other through the invisible hand of Christ. When one of us shares the light of Jesus, that light is passed on from one person to the next. The same is true for courage, so let’s share our strength and live in faith together.

What about you? Do you believe courage is something to be shared? Leave your thoughts in the comments below.