3 Reasons You Should Call the Police, Not a Pastor, After Domestic Violence

3 Reasons You Should Call the Police, Not a Pastor, After Domestic Violence 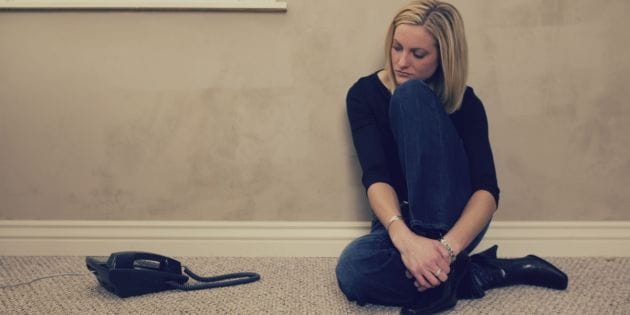 In 2013, the American evangelical community was sent reeling by dozens of allegations against Sovereign Grace Ministries and several major evangelical leaders: that pastors had knowingly covered up instances of child abuse in the church and neglected to report offenders to the local police. This brought several questions to the front of our minds. Are we aware how often abuse happens in the church, and in the homes of churchgoers? What constitutes a sin to be handled by one’s church, vs. a crime to be handled by local authorities? Should violence rear its ugly head in our homes or churches, do we have a plan of action in place to deal with it immediately? What needs to change in the way we address domestic violence from the pulpit? Are pastors even addressing it at all?

Christianity Today offers three perspectives on this issue in the piece Three Views: After Domestic Violence, Why Should a Christian Wife Call the Police, Not a Pastor, First? The first contributor, Tawana Davis, experienced abuse in her own marriage before becoming a pastor. She writes that the police need to be contacted before one’s pastor, because they have the ability to stop the hurt.

My husband attacked me in our home. I thought I was going to die as he held his 220-pound body on top of mine. I realized a cell phone was nearby and was able to flip it open and hold number 9, the quickest way to dial 9-1-1.

The dispatcher sent the authorities to our home. My husband was arrested and later sentenced to jail. In the midst of all this, my pastor wanted to help but did not have the tools to do so…

For the protection of the victim and those around her or him, it is vitally important that wives call the authorities immediately after violent abuse.

There are many ways pastors can be better equipped to help battered women (or men) after proper police inquiries are made, writes Chuck Colson in Providing Shelter: The Church and Domestic Abuse.

[B]ecause the safety of abused spouses is an immediate priority, [pastors]  ought to learn the locations of the nearest shelters and, better still, organize their own programs and shelters.

…The Bible tells us to rescue the oppressed, the needy, and the downtrodden—to do justice and righteousness to those who suffer. We disobey God when we ignore the women in our own ranks, many of whom suffer alone.

The second perspective in CT’s article comes from Owan Strachan, who writes that it is necessary for the authorities to punish wrongdoers.

The civic ruler, Paul says, acts as an “avenger who carries out God’s wrath on the wrongdoer” (Rom. 13:4, ESV). When churches teach otherwise, they not only fail to provide psychological and emotional care, they also fail theologically. Divine vengeance cries out to be exercised against evil. We must not restrain what God has loosed.

However, the story doesn’t end once the offending party is lawfully punished. In Confronting Domestic Violence with Love and Authority, Dawn Walker gives many suggestions for how churches can minister to women in these situations, including:

Finally, Lindsey and Justin Holcomb write that the intervention of authorities ends the abuse cycle.

About one in four American women experiences violence from her partner at some point in her adult life, according to credible national surveys. And research shows that Christian women stay far longer in the abusive context and withstand far more severe abuse than non-Christian women.

One researcher states, “A woman is hit an average of 35 times before she calls the police, and she will leave her abuser 5 or 6 times before she leaves for good.” Psychologist Lenore Walker writes, “Women with strong religious backgrounds often are less likely to believe that violence against them is wrong.” Abused women who are Christians may try to understand their suffering by believing it is “God’s will” or “part of God’s plan for my life.” Yet we believe this runs contrary to the biblical image of a kind, merciful, and loving God who promises to be present to us in our suffering.

A Bureau of Justice Statistics survey concluded that women who reported their abuse to authorities were far less likely to be assaulted again than women who submitted to the abuse and did not contact the authorities. Specifically, the survey found that 41 percent of wives who did not report their abusive husbands to the police were attacked again within 6 months. By contrast, only 15 percent of abused wives who reported the abuse to authorities were assaulted again.

The justice system is not an absolute guarantee. But if an abused wife is honest and upfront about the danger her abuser poses, the police can be a key to safety.

While the first resource should be the police, the Holcombs, Strachan, and Davis all recommend wives alert their pastors about the abuse after calling the police. A church community can (and should) be an invaluable resource in helping families heal. To read more about the church and domestic violence, see these Crosswalk articles: