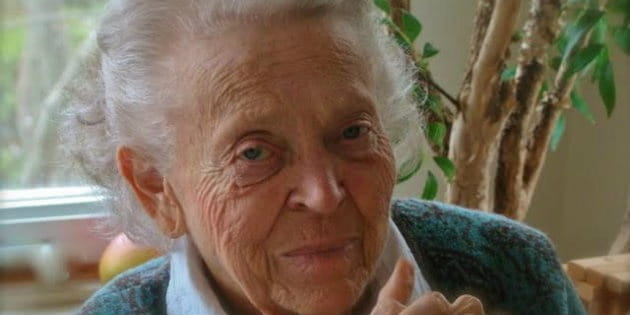 Yesterday, one of the most influential Christians of our time, Elisabeth Elliot, died at 88. Elliot was a pioneer in the world of Christian missions, a renowned author and speaker, and a true disciple of Christ. Today, Crosswalk would honor her life and works by reflecting on the many things we’ll always cherish about Elisabeth Elliot.

“She wrote two books about her husband’s martyrdom and the years she and her newborn daughter spent living among the Aucas, the tribe that killed him. Her Through Gates of Splendor ranked No. 9 on CT's list of the Top 50 books that have shaped evangelicals. The book became a bestseller, as did Shadow of the Almighty: The Life and Testimony of Jim Elliot.”

“Long said that Elliot’s later books on missions, No Graven Image and The Savage My Kingsman, raised important questions about mission work. Her legacy, Long said, reflects her complexity as both ‘a gifted, inspiring writer, and one who’s extraordinarily perceptive.’”

Elisabeth Elliot is perhaps best remembered for her work with the Aucas tribe in Ecuador. Her husband, Jim, along with several other missionaries were killed during an outreach mission to the Aucas, and though his death pained her greatly, Elisabeth would continue his work. She and her daughter spent years living among the very people who had murdered, eventually bringing many of them to Christ. Her work with the tribe, and her enduring faith, were even chronicled in the film, The End of the Spear.

Elliot loved to write and often experimented with poetry. The Gospel Coalition even published one poem that, in the words of Justin Taylor, seemed almost prophetic,

Perhaps some future day, Lord,
Thy strong hand will lead me to the place
Where I must stand utterly alone;
Alone, Oh gracious Lover, but for Thee.

I shall be satisfied if I can see Jesus only.
I do not know Thy plan for years to come.
My spirit finds in Thee its perfect home: sufficiency.
Lord, all my desire is before Thee now.
Lead on no matter where, no matter how,
I trust in Thee.

Throughout her life, Elisabeth Elliot faced many trials and encountered God in many places. Her experiences left her with a deep, abiding faith in Christ which became a wellspring of wisdom for others. Some of her greatest quotes are still applicable today,

“Waiting on God requires the willingness to bear uncertainty, to carry within oneself the unanswered question, lifting the heart to God about it whenever it intrudes upon one's thoughts.”

“God never witholds from His child that which His love and wisdom call good. God's refusals are always merciful -- "severe mercies" at times but mercies all the same. God never denies us our hearts desire except to give us something better.”

“God is God. Because he is God, He is worthy of my trust and obedience. I will find rest nowhere but in His holy will that is unspeakably beyond my largest notions of what he is up to.”

Writer Asheritah Ciuciu recently named Elliot as one of the 11 Women Every Christian Should Know. Ciuciu’s tribute to Elliot reflected how she strove to love neighbor and enemy alike,

“Though martyrdom was a very real possibility, Elizabeth didn’t waver as her husband and four other missionaries flew away to tell a fierce Ecuadorian tribe about Jesus. When the men were speared to death, Elizabeth was left a widow with a 10-month-old infant in a foreign country.”

“Setting aside her grief, Elizabeth learned the tribe’s language and moved to their village to live out Christ’s message of love and forgiveness. Elizabeth worked first in Ecuador and later around the world to tell many that they are loved with an everlasting love, no matter what they’ve done.”

Heavenly Lord, we ask that you receive your servant. Her road has been long, and her burdens have been many, but at last he is Home with her King and Savior. May she now rest in the joy of your love.