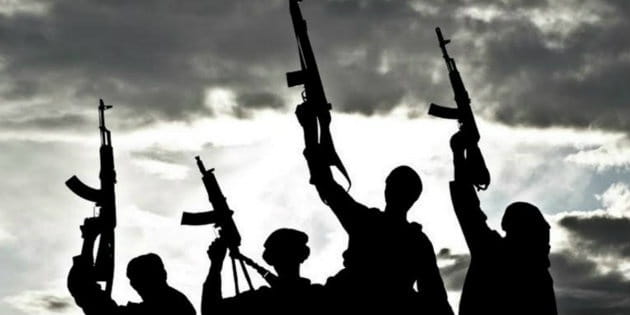 The devastating Paris attacks had us all asking why but also who—who would do something like this? It wasn’t long before ISIS (Islamic State in Iraq and Syria) proudly claimed responsibility for the atrocities. Joe Carter, editor for The Gospel Coalition, has written an article titled 9 Things You Should Know About Islamic State. He quotes a statement from the terrorist group, as to their purpose in carrying out the killings:

“To teach France, and all nations following its path, that they will remain at the top of Islamic State's list of targets, and that the smell of death won't leave their noses as long as they partake in their crusader campaign.”

Carter shares 9 things we should know about Islamic State; I will paraphrase 5 of those points:

1. What Does Their Name Mean?
Islamic State, what most Western media refers to as ISIS, is an Islamic militant group that originally pledged allegiance to Al-Qaeda in 2004. Due to differences in doctrine, they later broke away from Al-Qaeda and formed their own distinct organization. Between 2006 and 2013 this terrorist group referred to themselves as Islamic State of Iraq (ISI), and from 2013 to 2014, after expanding into Syria, they took on the name Islamic State of Iraq and the Levant (ISIL), which most Western media translated as Syria (ISIS). They now consider themselves to be a global organization hence the abbreviated name of Islamic State.

2. What is Their Goal?
The goal of the Islamic State is to establish a caliphate, which is a government led by a caliph, someone considered to be “a political and religious successor to the Islamic prophet, Muhammad,” as Carter states. Islamic State desires the caliphate to expand over the entire Muslim world, with a single leader ushering in Sharia law (Islamic law).

3. What is Driving Them?
The religious-political ideology of Islamic State is Salafi-jihadism, or simply jihadism, which is a distinct branch of the militant Sunni Islamism. Their goal is to recreate a pure Islam that originated with the Salaf or pious ancestors. According to Carter, Islamic State maintains, “that violent jihad is a personal religious duty of all Muslim believers.” He continues,

“Former Islamic State leader Abu ‘Umar al-Baghdadi once emphasized the importance of “offensive jihad,” which he defined as “going after the apostate unbelievers by attacking [them] in their home territory, in order to make God’s word most high and until there is no persecution.” (Under their doctrine, “persecution” is understood to mean idolatry.)”

4. Who is Their Target?
The religious-political doctrine of the Islamic State requires that all Muslims under their branch associate only with “true” Muslims and disassociate with anyone else—even other Muslims and other Islamic terrorist groups. Carter explains,

“…fighting the Islamic State is tantamount to apostasy; all Shi‘a Muslims are apostates deserving of death; and the Muslim Brotherhood and Hamas are traitors against Islam because they compromise with the non-caliphate political process (e.g., democracy).”

5. How are They Different?
Islamic State is different from other terrorist groups throughout history because of their focus on a personal and violent jihad. Carter shares,

“For example, in the 1970s, most Marxist and pan-Arabic terrorist groups killed people or committed other acts of terrorism in order to bring attention to their cause. For Salafi-jihadists, though, killing large number of “apostates” is itself a worthy religious objective.”

To read all 9 points about Islamic State please visit The Gospel Coalition.

So what do we do with this information? Do we stop immigration; do we retaliate in war? Do we seek justice or vengeance? Do we pray for God’s guidance; do we extend mercy to the merciless? I don’t know every action that every person or government should take, but I do know that whatever I do, whatever any Christian does, they should first seek God. This doesn’t mean that we shouldn’t seek justice, but it means we should let God lead us in our actions.

“The influx of refugees to Europe is a symptom of a massive, growing problem that needs to be addressed. Instead of turning on victims of terror, let’s turn our attention toward the terrorists themselves. We can welcome refugees while fighting terror. We can aid victims while preventing attacks.

The night of horror in Paris becomes infinitely more tragic than it already is when we turn our backs and close our doors on people fleeing the very same horror that Europe is now experiencing.”

Remember this: God is active, he is near, and he too is grieving those who were killed. God knows exactly what happened; he is sovereign over all.  “…leave room for God's wrath, for it is written: ‘It is mine to avenge; I will repay,’ says the Lord.  …Do not be overcome by evil, but overcome evil with good.” Romans 12:19, 21

3 Prayers to Pray in Light of the Attacks on Paris

1 Request as We Unite to Pray for Paris

Where is God: Grace the Morning after Paris

Christianity.com: I Was Looking for Allah, But I Found Jesus - Nabeel Qureshi from christianitydotcom on GodTube.