7 Things You Need to Know about the Alt-Right

7 Things You Need to Know about the Alt-Right 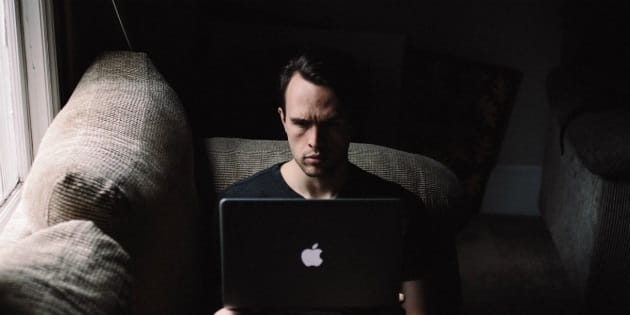 Just yesterday, the Southern Baptist Convention adopted a formal resolution denouncing the "alt-right" movement. After some debate (and a little confusion), the convention made the following statement official:

WHEREAS, Racism and white supremacy are, sadly, not extinct but present all over the world in various white supremacist movements, sometimes known as “white nationalism” or “alt-right”; now, therefore, be it RESOLVED, That the messengers to the Southern Baptist Convention...decry every form of racism, including alt-right white supremacy, as antithetical to the Gospel of Jesus Christ; and be it further RESOLVED, That we denounce and repudiate white supremacy and every form of racial and ethnic hatred as of the devil; and be it further RESOLVED, That we acknowledge that we still must make progress in rooting out any remaining forms of intentional or unintentional racism in our midst; and be it further RESOLVED, That we earnestly pray, both for those who advocate racist ideologies and those who are thereby deceived, that they may see their error through the light of the Gospel, repent of these hatreds, and come to know the peace and love of Christ through redeemed fellowship in the Kingdom of God, which is established from every nation, tribe, people, and language.

For some who have tracked the “whereabouts” of this movement online, the condemnation of this group comes as no surprise. But many—if not most—Christians have been left wondering, “What is the alt-right?” and “Is it important enough to respond to?”

In his article on the Gospel Coalition, Joe Carter gives a rundown of the most important things every Christian should grasp about the movement. So before you start googling and getting caught in the Twitter storm, here are 7 things you should know:

1. The alt-right is more than just a group of white supremacists.

According to Carter, this group is an umbrella term for a “host of disparate nationalist and populist groups associated with the white identity cause/movement.” This isn’t limited to white supremacists and neo-Nazis, however. The group is named after the “alternative” issues not usually focused on by traditional white supremacist groups (such as non-white immigration and “the belief that certain racial groups are, in general, intellectually inferior to others”). This seems to be an umbrella term, bringing together the supremacists, religious racialists, and yes, even internet trolls. Basically, anyone “enamored with white identity and racialism”.

2. The alt-right has its roots in the internet.

That’s right. That’s what makes this group both difficult to officially track and tricky to define. Whatever version of the alt-right you come across, it was most likely born on the internet. A quick web search will reveal a vast array of racial caricatures, neo-Nazi meme posters, and offensive tweets and avatars that serve as the “banners” of this movement.

3. The alt-right uses outrage culture to get people fired up.

Though they appear to have very little “real world power”, they are proving to have some significant cultural impact. They have been labeled “keyboard warriors” who work to get the world’s attention. And they have. By posting outrageous content, they are able to get powerful figures to react and respond—thus popularizing their content and fueling their movement.

4. Richard Spencer is the face of the alt-right.

Richard Spencer, a wealthy and educated white nationalist, made it his goal to “pursue a life of thought-crime”. Carter explains how, because of the alt-right’s online presence, and the fact it was “populated by people too cowardly to use their own names,” Spencer saw this as his golden opportunity. He seized his chance to become the one to (according to him) name the movement...and become its public face. In 2010 he launched an official website to promote his views.

Yes, not only is the alt-right movement not conservative...they definitely don’t like conservative Christians. Carter gives us some insight:

“As many conservative Christians on social media can attest, the alt-right seems to have a particular disdain for gospel-centered Christianity. Some on the alt-right (such as Vox Day) claim that Christianity is a 'foundational pillar' of the movement. But what they mean by Christianity is often a heretical form (Day rejects the Trinity) a racialized version of the faith (e.g., the Kinist movement), or 'religion as culture' (Spencer says he is both an atheist and a 'culture Christian'). The true religion of the alt-right is white identitarianism, which is why the SBC accurately considers it an 'anti-gospel' movement.”

6. There is a difference between white identity, white nationalism and white supremacy.

If you’re interested in challenging any of the above, it’s important to understand their difference. Otherwise, according to Carter, “if we imply the the problem with the movement is only the elements of racial superiority, then those on the alt-right who can effectively avoid that charge will be let off the hook.”

In short, White supremacists believe that lighter-skinned or white racial groups are superior to all others. White nationalists, on the other hand, are separatists—they believe that to preserve the white race, other racial groups must be excluded or marginalized. The idea of "white identity" is the common thread that brings them, and the whole of the alt-right, together.

“To more effectively argue against the movement,” Carter says, “we need to clearly reject the racialized worldview that considers racial categories the primary markers of cultural identity. White supremacy, white nationalism, and white identity are not all the same thing, but they are all equally repugnant.”

7. The issue of the alt-right demands a Christian response—one not reactive, but proactive.

More than simply hate, there’s a destructive sentiment of idolatry at the core of this movement, one that Carter calls out as an “idol of whiteness.” It’s one that sows seeds of division and hate and pulls us away from Christ, the true source of our identity. Which is why all of this matters. To quote Kevin DeYoung, “Christians ought to reject racism, and do what they can to expose it and bring the gospel to bear upon it.”

But if a fiery response seems to be the very thing that fuels this movement, what are Christians to do? Before responding with a fiery, self-righteous rebuttal, I would draw our attention to Romans 12:21:

“Do not be overcome by evil, but overcome evil with good.”

I pray that the Southern Baptist resolution will serve as a resolution for us all. A resolution that not only rejects the work of evil, but sets the stage for the work the Lord called us to: bringing the love of Christ to all of humanity, throughout all the world. Internet included.

Cristina Rutkowski is the editor of BibleStudyTools.com.