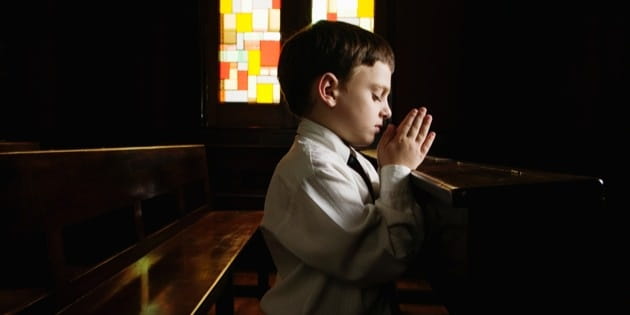 Many Charismatic and Pentecostal believers see the promise of divine healing in Isaiah 53 as not simply a hope for future restoration, but a present reality. This sort of miraculous healing reveals where the Kingdom of God breaks through into this fallen creation. And according to a trending report on Charisma News, one six-year-old boy named Joey saw the fulfillment of this promise.

Joey’s aunt Mindy had grown so ill that she was no longer able to get off the couch. She also didn’t want any visitors. But Joey had other plans:

“Everyone discouraged him. They told Joey that they wouldn’t let him in to see her. Mindy’s son told them not to bother to come. They said, ‘If you do, we won’t let you in. She’s too sick.’ But Joey was so insistent. It was hard to resist him, and they ended up going to Mindy’s house. When they got there, the son, Mike, was not going to let them in. But instead of stopping him, Mike to stepped aside and let Joey go in with his mom.”

Even though Mindy also resisted at first, Joey laid hands on her and prayed for healing. The boy’s mom describes what happened next:

“As he was praying, I opened my eyes and stared in awe of the transformation I was witnessing. It was miraculous. If I hadn’t seen it for myself, I wouldn’t have believed it. The color began to rise back in her face. Her dull eyes started to sparkle and shine. The person who was too weak to raise her head to see who was at the door a few minutes ago actually sat up!”

In the past few weeks, another child’s experience has also raised a number of theological questions. With the release of the movie Heaven is for Real, Colton Burpo’s claimed experiences of heaven have been the subject of sometimes rancorous discussion among Christians.

CrosswalkMovies.com: Heaven is For Real Video Movie Review from crosswalkmovies on GodTube.

What are your thoughts? Do you believe that divine healing is for today? Have you experienced a miraculous healing?