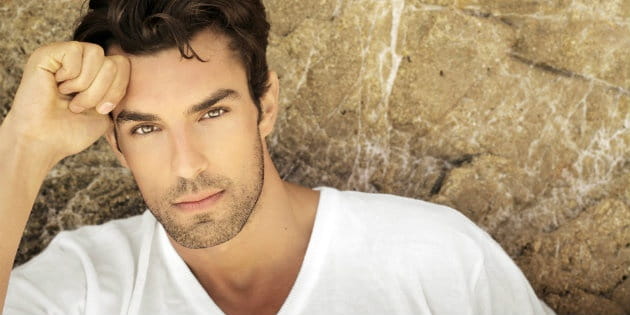 Among men, there is a vile, evil practice used to establish physical dominance and social hierarchy. This horrible ritual always begins in adolescence, and can have devastating effects on a man’s long-term wellbeing. It’s called “shirts and skins” football. As a teenager, I loathed playing shirts and skins football because I would inevitably be told to join the “skins” team. I wasn’t what you’d call fat (‘doughy’ would probably be the more appropriate word), but given the fact that my teammates looked like heroes out of Greek mythology, I was pretty sure that crowd of girls on the sidelines wasn’t there to watch me.

It’s funny how the thought of modesty never crossed our minds during these games. For a lot of guys this was their chance to flex, to strut, to show off those washboard abs and maybe wink at that cute sophomore in the crowd. Heaven knows, if I looked like I’d been carved from marble that’s what I would have done. So why then do men, specifically Christian men, get a pass at this kind of behavior while girls are accused of being immodest? Last week I wrote about how Jen Hatmaker was encouraging girls to be more fashion conscious, now I’d like to flip the script and focus on my Christian brothers.

The truth is, when it comes to modesty, we guys get off way too easy. Amy R. Buckley of Relevant Magazine points this out in a recent article where she reflects on what Biblical humility actually looks like. She writes,

“It’s easy to camp out on external appearances of women when discussing modesty. After all, the Bible makes some important points about women’s dress. Paul’s instructions in 1 Timothy 2:9-10—the go-to passage on feminine modesty—discourages elaborate hairstyles, gold, pearls and expensive clothes drawing attention to self instead of God.”

“As we covered in a previous article, these instructions fall smack in the middle of words to men and women about false teaching and angry disputing over ways the surrounding culture is creeping into the Ephesian church.”

“The big idea prohibits any and all human practices, including fashion, getting in the way of worshiping God. We are responsible for ourselves and, to some degree, the impact our behavior has on others. Biblical modesty (kosmios)—meaning orderliness, moderation and appropriateness—applies to attitudes and behaviors of men and women.”

As I said last week, “modesty is about more than what you wear, it’s about how you live”. The Bible commands us to “act justly, show mercy, and walk humbly with God.” (Micah 6:8), and for men, this means taking a hard look at the parts of our lives we always assumed were okay. Maybe we could stand to wear a thicker shirt, or spend less time showing off? Maybe instead of focusing on how fit (or doughy) we are physically, we should take the time to check ourselves spiritually? After all, as God once told the prophet Samuel,

What about you? Do you think Christian men could use more modesty?

**Ryan Duncan is the Entertainment editor for Crosswalk.com