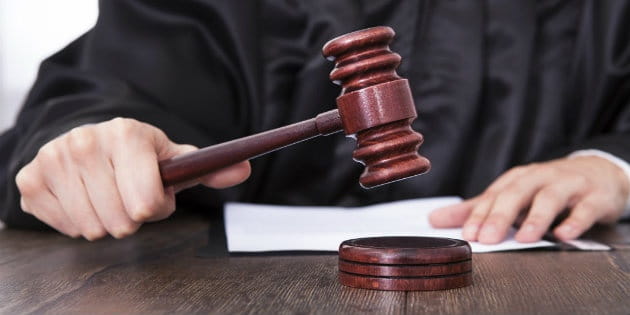 “Everyone says forgiveness is a lovely idea, until they have something to forgive, as we had during the war. And then, to mention the subject at all is to be greeted with howls of anger.” – Mere Christianity

Lewis wasn’t wrong either. Forgiveness can be hard, and it’s usually far less satisfying than vengeance. We’d much rather see people pay for their crimes, especially when those crimes are particularly heinous. Take Boston marathon bomber, Dzhokhar Tsarnaev, for example. His recent death sentence was met with almost universal approval.

So where do Christians draw the line between justice and mercy? If we’re called to forgive, can ever really defend execution? Jayson D. Bradley of Relevant Magazine believes Christians shouldn’t be so eager to support the death penalty, especially those who consider themselves pro-life. He writes,

“Whenever people claim to be ‘pro-life,’ it generally means they are ‘pro-birth.’ The great majority of the Church’s pro-life advocates are supporters of capital punishment. I, however, agree with N. T. Wright that ‘you can’t reconcile being pro-life on abortion and pro-death on the death penalty…’”

“Something is definitely wrong when we claim to follow a man who halted an execution (John 8:1–11) and then was unjustly executed by the state, but still prefer justice over mercy—especially in light of the more than 4 percent of falsely convicted criminals who are sentenced to death.”

Bradley makes some good points, though some would argue he’s being naïve. More than one Christian has contended that abortion and the death penalty are two completely different things. “An unborn child is innocent,” they say, “A convicted murderer deserves his fate.” All this is true, but it once again puts us at the doorstep of forgiveness. If no human is without sin, and if Christians are called to forgive, how do we justify putting other to death?

This question grows even more difficult when we consider the parable of the Unmerciful Servant in Matthew 18:21-35,

“Therefore, the kingdom of heaven is like a king who wanted to settle accounts with his servants. As he began the settlement, a man who owed him ten thousand talents was brought to him. Since he was not able to pay, the master ordered that he and his wife and his children and all that he had be sold to repay the debt. ‘The servant fell on his knees before him. 'Be patient with me,' he begged, 'and I will pay back everything.' The servant's master took pity on him, canceled the debt and let him go. ‘But when that servant went out, he found one of his fellow servants who owed him a hundred denarii. He grabbed him and began to choke him. 'Pay back what you owe me!' he demanded. ‘His fellow servant fell to his knees and begged him, 'Be patient with me, and I will pay you back.' ‘But he refused. Instead, he went off and had the man thrown into prison until he could pay the debt. When the other servants saw what had happened, they were greatly distressed and went and told their master everything that had happened. ‘Then the master called the servant in. 'You wicked servant,' he said, 'I canceled all that debt of yours because you begged me to. Shouldn't you have had mercy on your fellow servant just as I had on you?' In anger his master turned him over to the jailers to be tortured, until he should pay back all he owed. ‘This is how my heavenly Father will treat each of you unless you forgive your brother from your heart.’"

Can a pro-life Christian support the death penalty? To be honest, I don’t know. We live in a broken, fallen world, and sometimes extreme measures feel like our only option. Other times, God shows us his grace is capable of redeeming the irredeemable. At the very least, Christians should not be hasty to deal out death in judgment. Who knows what God may have in store?

What about you? Do you support the death penalty, and if so, why? Leave a comment in the section below.


*Ryan Duncan is the Entertainment Editor for Crosswalk.com