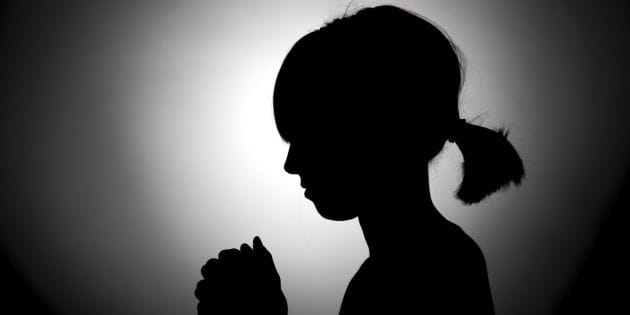 “Imagine if someone swooped in and forced you from your home and made you homeless overnight.”

What would you bring with you? Would you be afraid? Would you be able to forgive? Even in the privileged life I live here in the United States, sometimes it seems like home is my only refuge – my fortress of security and rest.

So when a young Iraqi refugee named Myriam spoke of provision and joy, the world took notice. Myriam spoke with a reporter not from the safety of her own home, but from a half-built mall in northern Iraq where she, and many other Christian families, have gone to hide from the Islamic State militants terrorizing their country. As you can see in this video that's gone viral, a reporter asked the girl,

“What are you feeling toward those who drove you out of your home and caused you hardships?”

With a clear expression and an earnest voice, young Myriam responded without hesitation:

“I won’t do anything to them, I will only ask God to forgive them.”

Such implicit trust and faith in the midst of seemingly unbearable circumstances is something rare to find. But choosing joy and hope is often what carries the human spirit through suffering, and allows us to appreciate life in a new way. In Whitney Hopler’s Crosswalk article 14 Ways to Embrace Life with a Capital L, she writes that Christians must embrace grace (just as Myriam has).

“Embrace grace. Accept and open the gift of grace that God is offering you. Through grace, God gives you what you need instead of what you deserve, as well as what you long for deep in your soul but not necessarily all that you think you want. Humble yourself to begin the journey of transformation to become a healthier human being, and let grace give you the confidence that God is for you in the fight.”

We should also try and keep ourselves from letting our circumstances make us hard and numb.

“Engage your heart. Guard your heart – the core of your thinking, feeling, and decisively acting – by relying on the Holy Spirit to guide and empower you every day. Care for your heart by avoiding sin that can damage it. Don’t let your heart become numb to what matters to God; pay attention to how the Spirit leads you and engage with it. Do your best to think clearly, feel deeply, and act intentionally.”

If Christians like Myriam can foster a soft heart full of grace, surely we can too!

So how can we Christians honor the sacrifices made by our brothers and sisters killed and terrorized in more dangerous parts of the world? One way, according to John Stonestreet, is to emulate their faith.

“This courage—this ability to stare down the barrel of death and refuse to deny Christ—made Christianity convincing to early eyewitnesses. And it’s a power that only comes from Christ’s resurrection—from the confidence that, as Jesus said, anyone who believes in Him, ‘though he die, yet shall he live.’

Jesus made a promise to His followers that He would confess before the Father all who confess Him before men. Even as we pray for their deliverance, let us also thank God for the victorious witness of Christians who are refusing—even in the face of death—to deny our Lord.”

Will you take a few moments today to pray for persecuted Christians around the world? How can you emulate their bravery and grace in your own life?