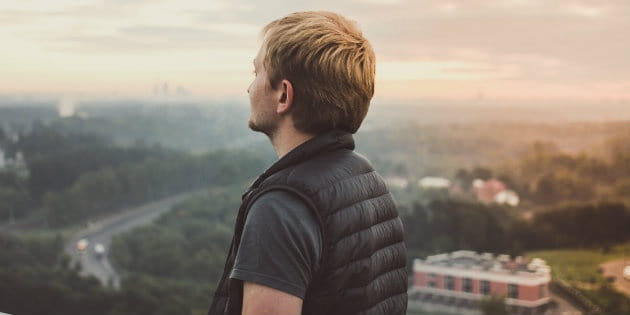 It’s no secret that the American dream is rooted and established on the idea of personal success. Our whole culture is centered upon personal achievement, and it’s become an obsession. We hear endless chatter of success in all different forms-- box office hits, viral blog posts, bestselling books, massive social media followings, promotions at work, big deals signed, showy purchases made, awards and trophies for kids at school or in sports, fame found and status gained… it’s everywhere we look.

For American Christians especially, we run the risk of success becoming an idol we put in higher priority than God in our lives.

“Where did this idea of ‘Christian success’ come from, and why have we equated influence with notoriety?” Rachael Graf asks in her trending article “God Doesn’t Promise You’ll Be Successful” for Relevant.

The irony in all of this for us Christians is that Jesus was the total opposite of what we today would call “successful.” He didn’t have a home, he didn’t have a wife, he didn’t have the label of a king or the security of a stacked bank account, and he wasn’t even very well-liked. “If we really think about it,” Graf says, “Jesus, from the perspective of his culture, was a failure.”

Why do we expect to be successful when our Lord and Savior was anything but?

Not all of the disciples stayed with Jesus. Not surprising, when we consider the challenges guaranteed to face those who associate themselves with such a radical man. It’s not surprising that many Americans haven’t stayed with Jesus either, for the same reason. We want the fame, the fortune, the family, the followers online, the friends in high places, the fancy car in the garage, the fabulous vacations around the world… we don’t necessarily want to give that all up to follow the footsteps of Jesus.

It seems like setting ourselves up for failure in a way, doesn’t it?

Jesus was familiar with failure, Graf says, but He also claimed a truly victorious success over all sin and death through his crucifixion and resurrection.

“We serve a paradoxical God, one who says that worldly gain is loss if it costs you your soul. That in foolishness there is wisdom and that in dying we live. That in failure there is redemption. Jesus does not promise us earthly success if we choose to follow him, because earthly success was never his aim. What he does promise us is a future so glorious that it cannot be fully described in human language (1 Cor. 2:9). Success is not inherently wrong, and achievement is good cause for celebration. But we must remember that if we succeed—at anything—it is only because our abundantly gracious God has allowed us, for His glory. When we let the world define our success instead of Jesus, we fall into idolatry.”

Dr. James Emery White, a Crosswalk.com contributor, shares a striking contrast between worldly success and Biblical success that is helpful for us to keep in mind: “But doesn't the Bible say to judge people by their fruit?  Yes, but not as defined by the world, such as money, success, numbers, buildings, publications, position, title, speaking engagements, notoriety, rankings, sales or press coverage. That is the world's standard of success, not the Bible's. The fruit the Bible has in mind is the fruit of the Spirit (Galatians 5:22).  Is that person loving, joyful and a peacemaker?  How do they handle adversity - with faith or despair?  Would they be considered kind, good and faithful?  Is there a gentleness that surrounds them; are they self-controlled? And interestingly, the qualifications of leadership as outlined by the apostle Paul say nothing of the ability to speak, market yourself, write or inspire.  But it says much about a spirit of humility and a godly character.”

So while it may seem like setting yourself up for failure to focus on things the world doesn’t prioritize, we best live like Jesus when we follow His footsteps and seek to glorify Him above ourselves through all that we say and do. He promises a far greater reward than anything this earth or the American dream could offer us!

What does it look like for you to be successful in your life and faith? Share your thoughts in the comments!