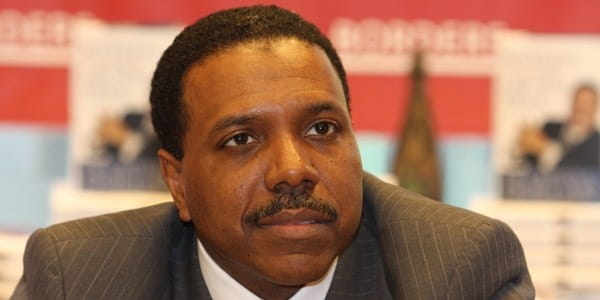 When Jesus shared the message about the Kingdom of God, He did so with two feet, sandals, and a rag-tag bunch of disciples. Three years He walked from town to town, preaching in the synagogues and healing the sick with His own dirty hands. He had support from the Twelve and the women who went with them (Luke 8:3), but He certainly wasn’t picky about their travel accommodations (Luke 10).

However, for Creflo Dollar, the famed televangelist, there’s no better way to take the gospel around the world than in luxury style. After taking flak for seeking $65 million in donations to buy the decked out, top-of-the-line Gulfstream G650 private jet, the preacher isn’t backing down. Instead, he really doesn’t care if some critics “believe” with him or not, as he told his congregation:

In fact, says Dollar, we should all be dreaming about having “the best” in our lives:

Dollar says that those who criticize his plans for purchasing a jet essentially just don’t understand why a ministry would need a private jet. They can’t take “ministry teams” and “needed supplies” to other countries by flying Delta.

But the real problem, according to critics, is not that a ministry needs a private jet. The problem is that the televangelist has claimed that God wants him to have one of the most expensive planes on the market. For example, one veteran pilot of private planes says the Gulfstream G650 is ill-equipped to carry passengers and supplies and called Dollar “a crook.”

According to Dollar, however, it’s really the devil who is behind this pushback:

“The enemy has got to discredit the voices of faith, and grace and truth, because he don't want you to know that you can walk on the water if you can look at Jesus.”

Perhaps ironically, though, the very boat that Jesus got into after Peter walked on the water to Him… was a borrowed boat, a common fishing vessel. Not a luxury yacht.

According to many scholars and pastors, messages such as Dollar’s have severely hurt the church as a whole and even drowned out the gospel of grace. When we “dream for bigger houses,” we’re really setting up idols to worship:

“Yes, God loves you and wants to bless you, but He’ll do so in His own ways, according to His will—not yours. Contrary to what the prosperity gospel claims, God hasn’t promised to bless all people with good health and plenty of wealth if they ask Him for it in faith. Instead, God has promised something better: His presence. You can count on the fact that God will be with you, no matter what. But trying to manipulate God into giving you want you want simply won’t work.

Your turn. Do you think “the devil” is trying to discredit Pastor Dollar? Do you think he needs a luxury private plane to further the message about Jesus?