Did the Magi Really See a Star?

Did the Magi Really See a Star? 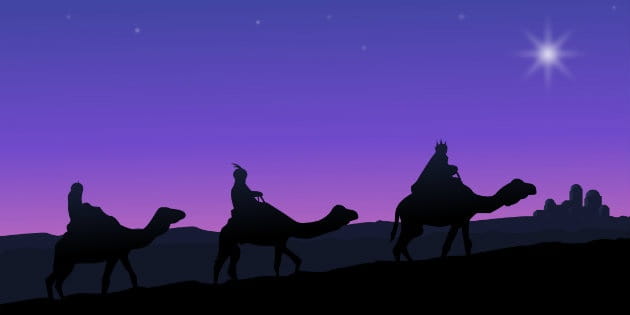 There are many reasons why I look forward to Christmas. I enjoy the lights, the music, and the celebration. I value the time it allows for reflection, encouraging Christians to revisit the story of Christ’s birth. My “love language” is the giving of gifts, so I can go full on rom-com crazy without attracting too many sideways looks. Above all though, Christmas is the time my family goes on adventures.

Each December, my parents would bundle my sisters and I into our massive family van and take us on a trip to the planetarium. Now, space is cool under normal circumstances, but during Christmas the planetarium offered an extra exhibit called “Star of Wonder” which was dedicated to the Biblical star of Bethlehem,

“After they had heard the king, they went on their way, and the star they had seen in the east went ahead of them until it stopped over the place where the child was. When they saw the star, they were overjoyed. On coming to the house, they saw the child with his mother Mary, and they bowed down and worshiped him. Then they opened their treasures and presented him with gifts of gold and of incense and of myrrh. And having been warned in a dream not to go back to Herod, they returned to their country by another route.” - Matthew 2:9-12

What was the star of Bethlehem? Was it a comet? An angel? Perhaps a rare alignment of two planets in the night sky? Could it be a mixture of themall?

The planetarium offered several possible explanations, but never settled on a definite answer. For Christians, the star remains a beautiful mystery which heralded the birth of our savior. However, that hasn’t stopped believers like Colin R. Nicholl from exploring it further. A biblical scholar and part-time astronomer, Nicholl made the star his focus in a recent interview with Christianity Today,

“The star appeared suddenly and was visible for over a year, something that makes sense only if it were a supernova or a great comet. That the star surprised the Magi with its impressive “rising” points strongly to it being a comet: Of all the celestial bodies, only comets behave in this manner. (Rising refers to the period when a celestial body re-emerges on the horizon after being hidden by the Sun.)”

“Then you take into account the star’s movement, in the space of a couple of months, from the eastern morning sky to the southern evening sky, where they see it when they’re traveling from Jerusalem to Bethlehem. That kind of movement is only possible for an object in the inner solar system, meaning that the star had to be a comet.”

Nicholl also speculated that the star of Bethlehem represents the failure of the Jewish leaders to recognize the Messiah, despite being versed in the Word of God. By contrasts, this serves as a warning to Christians about placing the status quo over the redeeming power of Christ.

“Remarkably, however, the Jewish religious leaders, despite having a knowledge of the Word of God considerably greater than that of the Gentile Magi, made no effort to travel the five or six miles south to Bethlehem to see if indeed the Messiah had been born in fulfillment of the Prophets. They evidently despised the report, and perhaps those who brought it, and so they remained in Jerusalem. They were content with the status quo and did not crave the promised salvation of God.”

The Christmas story is an amazing moment in Church history, and one we may never fully comprehend. Yet, this does nothing to diminish the glory of its message. That unto us a child is born, unto us a son is given. The light of the world come from Heaven so that all may see, and be free.

What about you? What do you think the star of Bethlehem was? May you have a Merry Christmas and a happy New Year!