Does Jesus Ask Us to Accept Empty Apologies?

Does Jesus Ask Us to Accept Empty Apologies? 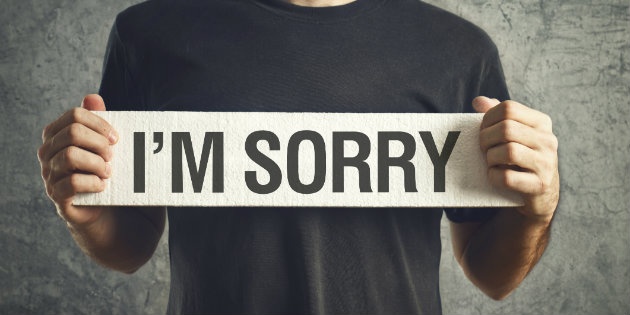 Elizabeth Esther grew up in a cult that was founded by her own grandparents. She has walked the long road of recovery, and wrestled with what it means to experience healing and forgive those who abused her as a child. So when RNS columnist Jonathan Merritt writes that he accepts Mark Driscoll’s latest apology, “and you should too,” Esther is quick to point out that forgiveness isn’t always such a cut and dry process, even for Christians.

“It isn’t our place, as outsiders, to accept apologies on behalf of those who are being directly harmed by Driscoll. That’s like an outsider coming to me and saying, “Hey, I forgive your grandfather for abusing you in his cult! You should, too!” Wait. What?! Outsiders have no place accepting apologies or forgiving an abuser on my behalf. That’s MY job.”

According to Crosswalk author Cindi McMenamin, true forgiveness is about your own heart, struggle, and understanding of Christ’s love – certainly not something we can decide for someone else.

Esther goes on to write that pressure to instantly accept the apology of an abuser,

“places the onus on the victim instead of the abuser… Forgiveness means I hold no resentment toward the person who hurt me. Forgiveness means I have no more desire for revenge. It DOESN’T mean I tolerate more abuse. It DOESN’T mean I must “accept” empty apologies. Accepting an apology is predicated upon the recognition that something has CHANGED.”

Elisabeth Klein notes that many churches fall victim to this mindset. While she was struggling for nearly twenty years in an abusive marriage, she was repeatedly told to “cook more” “submit more” “serve more” and “forgive more” – and essentially shoulder all responsibility for improving her marriage.

“More, more, more. Basically, be a better version of yourself. Be less of who you actually are. Try harder. If you do fill-in-the-blank, he might not fill-in-the-blank so much. And whatever you do, do not point out flaws…because you are quite the disrespectful sinner, you know.”

Rather, Klein writes in another piece, churches, pastors, and communities should rally in support behind those being abused, offering encouragement like,

Elizabeth Esther ends her blog by explaining that while she forgives her grandparents and no longer harbors resentment toward them, she has not continued in relationship with them, because they exhibited no signs of repentance or changed behavior.

“…in order for me to “accept” an apology–it needs to be real. A real apology is backed up by amending action. Yes, I can forgive–for the sake of my own soul. But a restored relationship can only happen when amending action has been taken by those who hurt me.”

Have you been hurt or abused by a spiritual community, even to the extent that attending church is traumatic? Share your stories in the comment section.

Debbie Holloway is the Family Life Editor of Crosswalk.com.