Does Motherhood Have You Feeling Defeated and Alone?

Does Motherhood Have You Feeling Defeated and Alone? 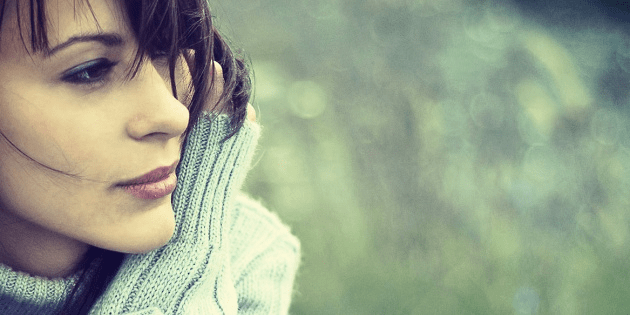 “I had no clue how to be a mom,” Lisa-Jo Baker confesses on her blog Surprised by Motherhood. “And I had no idea that the labor continues long after the delivery.”

She goes on to write about how the experience of becoming a mother is harder, more exhausting, and more terrifying than she ever imagined it could be.

…I wanted to look exactly like I thought a new mom was supposed to look.

But in the first 18 months of Jackson’s life I never met one other new mother who said that she was finding the transition hard, frustrating, exhausting or wretched.

So I played dress-up in my words, my role, my uncomfortably tight clothes and my Sunday mornings when I always answered, “fine” anytime anyone asked how me and the baby were doing.

She confesses that she knows now, three kids later,

that being a new mom and losing your mind have plenty in common.

But I never heard it back then when it would have helped me to breathe.

So are you, young mom, feeling defeated? Feeling like a freak because motherhood isn’t easy? Wondering what you’ve gotten yourself into, and wondering how you can manage another 2am feeding? You’re not alone. In an interview with Crosswalk.com, Baker talks about her bewildering experience as a first time mother:

I literally couldn’t find a book, or a person, who would admit to me how hard motherhood was. Everyone seemed really infatuated with being a mom, and I felt like I was just failing, like there was something wrong with me. Cause I would read the books, and they would tell me the baby should be doing X,Y, or Z thing, and my kid did none of those things!

What was the hardest part about motherhood, she told iBelieve.com?

When you become a mom for the first time, it feels a lot like you’re breaking up with yourself. There’s all these things about your life that you used to really love, like for me: sleeping in late, taking long naps, going to the movies at the drop of a hat, eating my meals warm, going to the bathroom alone…and suddenly this person comes in, and it feels like they huff and they puff and they blow your life down.

But it doesn’t end there. Jesus keeps us from falling apart during the toughest moments of motherhood, Baker encourages.

The verse that has meant a lot to me is Colossians 1:17. It says, “In him, all things hold together.” In Christ. He is before all things; in him all things hold together. And I held really tight to that verse… [My second son] was born in December; we were in Michigan in the middle of nowhere, there was snow as far as the eye could see, we didn’t have a lot of people to hang out with, so it was me, and him, and my first born who was a toddler. And I had to remind myself over and over again that Christ is in this with me. In him all things hold together. So, the laundry, and the diapers, and the screaming baby, and the projectile vomit…in him, we are held together day by day. And that verse just meant a lot to me. That it’s not just the grand things of the universe, you know, the Grand Canyon and the Milky Way that hold together in him. But the moms who haven’t slept more than three consecutive hours for weeks and weeks and weeks. He holds them together too. That meant a lot to me in those really hard times.

Are you struggling to connect to other moms, or to Christ, during this time of your life? Be sure to visit Crosswalk’s parenting and women’s channels for more resources!