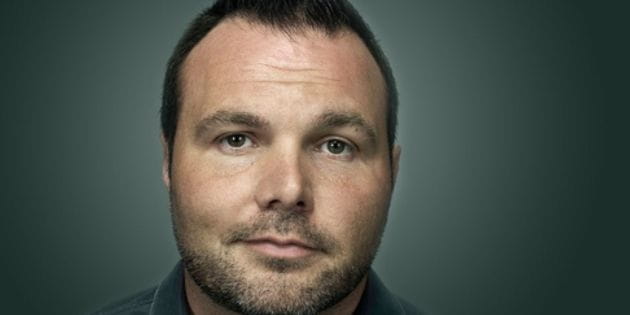 Many following the continuing saga of Mars Hill pastor, Mark Driscoll, have expressed encouragement at his recent apology for dishonestly gaming the NYT best-seller list and for generally displaying pride, anger, and lack of maturity in his ministry. However, segments of the online community of people who self-identify as Christians are wary.

Such coolness toward Driscoll’s apology has been met with rancor as well. (As in: 'How dare we NOT forgive this man? That’s the problem with Christians. We throw stones at each other and shoot our wounded. No wonder the world sees us as divided and unloving, etc...')

But the issue isn't really whether we should forgive Mark Driscoll. That's a given. Jesus said to forgive seventy times seven, and so we do forgive him and pray for him. Outspoken Driscoll critic, Benjamin L. Corey, also expressed this with charity at his blog "Formerly Fundie:"

The fact remains that until Driscoll steps down from pastoral leadership, no amount of hiatus from social media or reduction of outside speaking engagements will free his apologies from the cloud of suspicion that they may have merely been the forced reactions of damage control and spin.

Yes, we’re all sinners. And all Christians are called to pursue the spiritual qualities of an elder. But leaders with an ongoing track record for unsuccessfully meeting elder qualifications yet who continue to cling to the title of pastor must honestly ask themselves why.

Christ’s brother, James, said “Let not many of you be teachers" because elder qualifications are Scripture’s built -in safeguards to protect the church. Among the passages describing the traits of a leader are Titus 1:5-9, which describes an elder as being “above reproach.” Likewise, 1 Timothy 3:7 says that an elder must be well thought of by outsiders, so that he may not fall into disgrace.

For Driscoll, these appear to be high hurdles. Does saying so equate to being judgmental? Then why are those passages in the Bible? What is their purpose if not to discern--objectively--what type of man is fit to lead? What if one of the biggest reasons for Christianity’s lack of credibility isn’t actually the “lack of love” among Christians but the lack of trembling at God’s Word (Isa. 66:2) about matters that are so clear?

Mars Hill is an autonomous church and no amount of public praise or outrage can ultimately change what the leaders at Mars Hill decide to do. But does vilifying other Christians who hold high standards for the office of pastor/elder really solve Christianity’s perception problem? What do you think? Is it impossible to be simultaneously thankful that Mark Driscoll has apologized and yet also question whether he is fit to continue in church leadership as a pastor?

Your feedback is welcome. Share your thoughts in the comments below.


Alex Crain is the editor of Christianity.com.