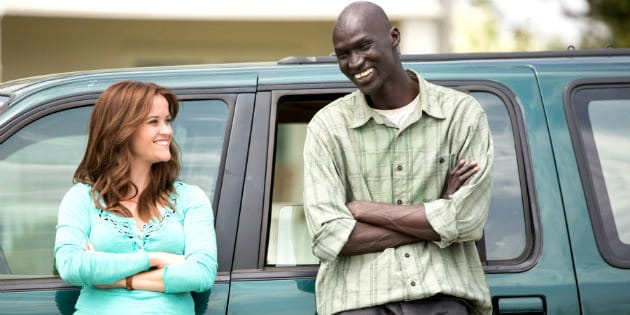 Have you heard about the 'lost boys' of Sudan? According to Christian Headlines:

"The 'Lost Boys' of Sudan are a generation that was displaced. They lost their homes and families in the war between Sudan's Arab Islamic government against the Christians, animists, and black Africans in the South. More than 2 million people have died as the war has dragged on for 17 years.”

Now their story is being told as never before by director Philippe Falardeau and leading actress Reese Witherspoon in The Good Lie, a film based on the true story of three young refugees seeking a new life in America after the horrors of war. The trailer (which you can watch here, or below) shows Witherspoon as an independent American woman assigned to help three young Sudanese boys find jobs in the U.S., only to discover that one boy still has a sister trapped in Africa, unable to emigrate because of post 9/11 restrictions. The film releases this October.

In 2007, Crosswalk.com’s Christian Hamaker covered the novel What Is the What, the story of Valentino Achak Deng, a ‘lost boy’ who survived the Sudanese conflict only to face incredible hardships building a new life in the U.S. Valenino’s memories are brought to life by the book’s author, Dave Eggers.

“The novel is based almost entirely on Valentino’s recollections, although Eggers labels the book a novel because he used the experiences of other Lost Boys to fill in Valentino’s vague memories of family life before his village was attacked. It painfully reveals how the struggles of these men continue in the States, where they find it difficult to achieve their hopes for more learning and for marriage. ‘His story is representative of millions of other immigrants,’ Eggers says.

Today, people are beginning to return to Southern Sudan. There’s a hopefulness now, after years of war and bloodshed.”

Another book published based on the crisis in Sudan is entitled Lost Boy No More, and was reviewed on Crosswalk in 2005.

“Abraham Nhial was nine years old in 1987 when Sudan's Islamic government was using ground forces and air raids to ravage villages in southern Sudan. Adults and young children were mowed down indiscriminately. It is a war that continues today.

Lost Boy No More (Broadman & Holman, 2004) is Abraham's story. It is also a history of Sudan and the persecution of Christians by Islamic militants. This 170-page volume is not for the weak. It is shocking and instructive. For me, Abraham puts a human face on a tragedy I had heretofore managed to keep de-personalized.

During daytime hours when villagers were murdered and their homes destroyed, young Abraham was among thousands of boys who would be away tending cattle, sheep and goats. Thus they survived the assaults, but with little hope for a future. Against all odds, some 35,000 Sudanese boys reached makeshift refugee camps in Ethiopia.

…Sadly, this is not fiction. In Lost Boy No More, Nhial and Mills relate the incredible and moving account of Abraham's painful journey, a journey reflected in the lives of thousands of his ‘brothers’ who fled Sudan.”

For another take on the ‘lost boys,’ check out Crosswalk.com’s review of Christopher Quinn’s documentary God Grew Tired of Us. And be sure to see The Good Lie in theatres October 3rd!

Debbie Holloway is the Family Life Editor for Crosswalk.com.