Forgot to Look at My WWJD Bracelet

Forgot to Look at My WWJD Bracelet 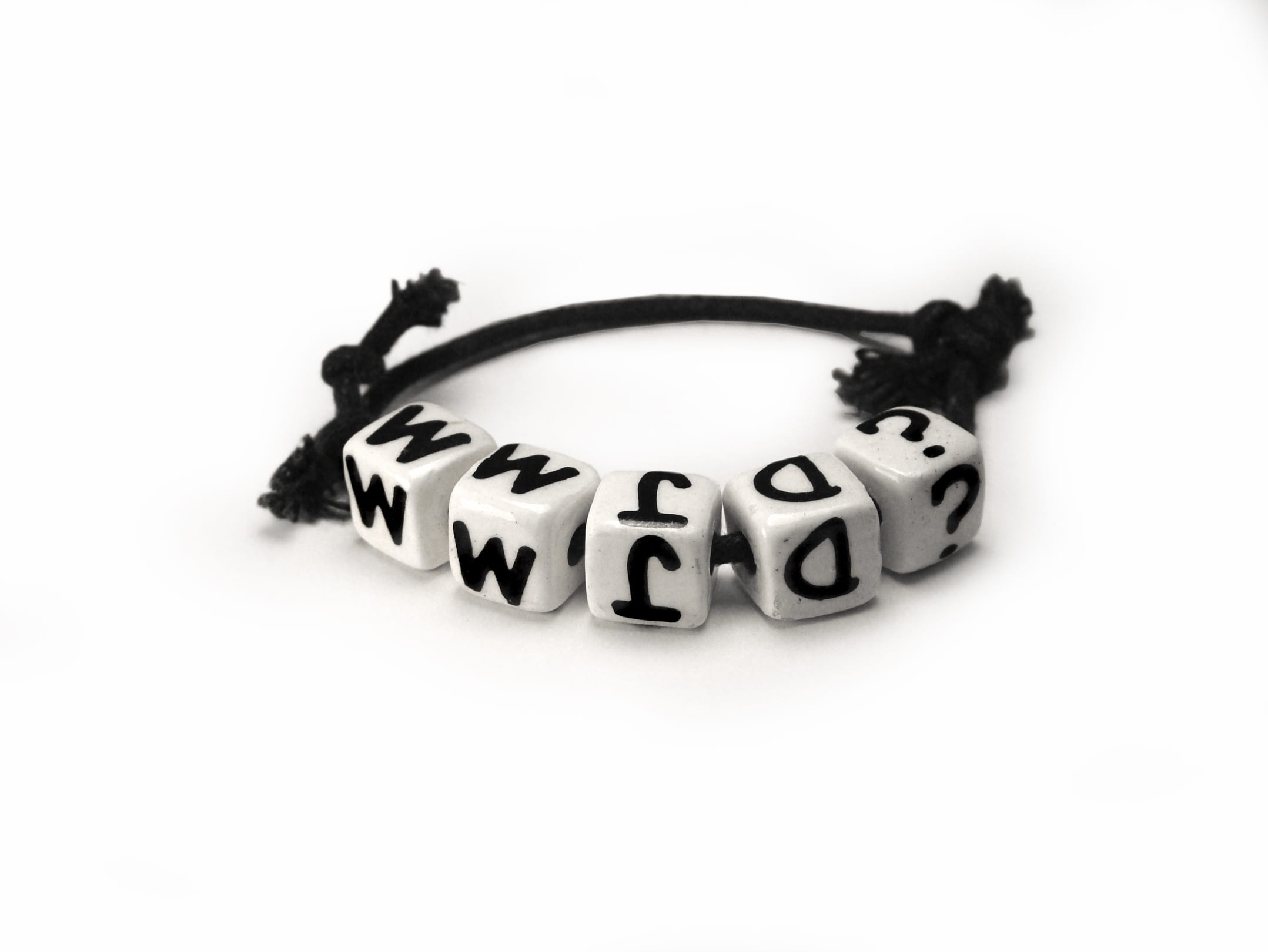 All Christians are human. That may sound redundant, but it’s the truth, and an important one to remember. Yet, perhaps one of the greatest problems facing the church today is that we are constantly forgetting that being a Christian does not make us any less human. We can talk about “being in the world, but not of the world” all we want, the fact is that Christians are still prone to anger, pride, envy, and all the other sins plaguing mankind. God’s grace means we’ve been forgiven of our mistakes, it doesn’t mean we’ll stop making them.

That’s what Christian blogger Carlos Whittaker discovered in his recent post, I Just Got Cussed At And Forgot To Look At My WWJD Bracelet. Like the title suggests, Whittaker mentions being cussed at in an Orlando airport and how he responded in a Not-So-Christian way. What happened next can only be described as God’s sense of humor,

“It didn’t take being a prophet to know what was about to happen as I sat alone in seat 1B.
Yup.
You got it.
Guess who’s was my flight buddy?

Before I could offer my apologies he beat me to it.
‘Sorry man.’ he said.
‘Yea me too.’ I replied.

You never have an excuse to not show love. Ever.”

It’s always humbling to realize we’re not as loving as we think we are. Jesus warned his disciples that loving their enemies wouldn’t be easy (Matthew 5:43-48), and as Christianity loses popularity with modern culture, some Christians have chosen to go on the offensive instead. Ironically, this has only perpetuated the negative stereotypes believers have tried to avoid. The Church at large is widely considered to be bigoted, dogmatic, and hypocritical. How can we change our attitudes?

“First, you, and everyone else, is made in the image of God. The imago dei is imprinted into the soul of every man, woman, and child. This is part of the common ground upon which we all stand and should relate to one another. The wicked and the righteous, the right and the wrong, and believers and the blasphemous are all image bearers and because of this they are worthy of respect and love. God is our Creator, whether we confess this or not, and because all are his we must treat them as such. How do we treat that which belongs to God? Carefully and thoughtfully. This doesn't mean we never speak hard words, rebuke, or fight. But it requires that when we do such things we do so with care and grace.”

All of us are the image bearers of Christ. From the man in the million-dollar car, to the homeless man on the side of the street. God made us and loves us all despite our warts and wrinkles. And that is a very encouraging thought, if you ask me.

**Ryan Duncan is the Culture Editor for Crosswalk.com