4 Occasions When You Should Not Respond to a Critic

4 Occasions When You Should Not Respond to a Critic 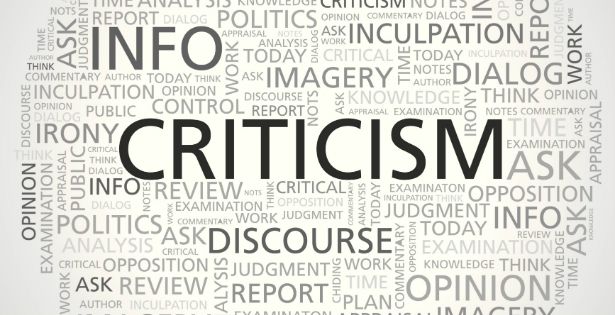 No one enjoys being criticized. It’s a bruise to our egos and frustrating when our best efforts are being slammed. But not all criticism is bad. In fact, the Bible tells us, “wounds from a friend can be trusted” (Prov. 27:6). If you’re a leader—whether it be in a business, church, community, or anywhere else—you have the responsibility to talk to your critics and respond thoughtfully to their complaints and concerns.

However, sometimes a critic will be so bent on his own opinion that no response you give will make a difference. It’s important to know the difference between this unreasonable critic and a reasonable one. So, when do you respond, and when do you ignore your critic? In his latest post, Thom Rainer shares four occasions you should not respond to a critic. They are:

As Thom points out, it’s best to do as Nehemiah did when his critics wanted to “talk” with him (but were really determined to harm him).

“Sanballet and Geshem sent me a message: ‘Come let’s meet together in the valley.’ But they were planning to harm me. So I sent messengers to them, saying, ‘I am doing a great work and cannot come down. Why should the work cease while I leave it and go down to you?’ Four times they sent me the same proposal, and I gave them the same reply.” (Nehemiah 6:2-4, HCSB)

Nehemiah recognized that no good could come from meeting with his critics, and he chose to ignore them. Of course, our response should not always be this. More likely than not, your critic just feels passionately about his own ideas and want his voice to be heard. He’s not out to get you, he just wants others to see his side of the matter.

So, if we’re going to respond to a critic, what are some positive ways to go about it? Dr. Ray Pritchard shares a few habits we should form when dealing with criticism.

1.Listen. Listening takes humility, a character trait the Bible encourages us to cultivate. It should be our default setting.

3. Talk about it. When you’re no longer reacting out of frustration, approach the person and have a discussion.

4. Learn from it. Criticism can be an incredible self-improvement tool. Don’t let hurt feelings keep you from seeing the value in what someone is saying.

5. Pray about it. If you’re not sure what to do with a criticism given to you, take it to God. “If any of you lacks wisdom, he should ask God, who gives generously to all without finding fault, and it will be given to him” (James 1:5).

6. Thank God for it. Dr. Pritchard explains, “The criticism may be way off base, but God intends it for some good purpose in your life anyway. Seen in that light, your critics are God’s servants for your good so thank them even if you disagree with what they say.”

7. Forget about it. If you’ve taken the criticism seriously enough to listen, think, talk about it and learn from it, then it’s fulfilled its purpose and you can let go of whatever hurt you felt in the process.

If you’re a leader, you’ll no doubt face critics. Being able to recognize a valid criticism from an irrational one is an important skill, a skill God gave to Nehemiah and will surely give to you.