Franklin Graham: Praying for President Obama is Not Optional

Franklin Graham: Praying for President Obama is Not Optional 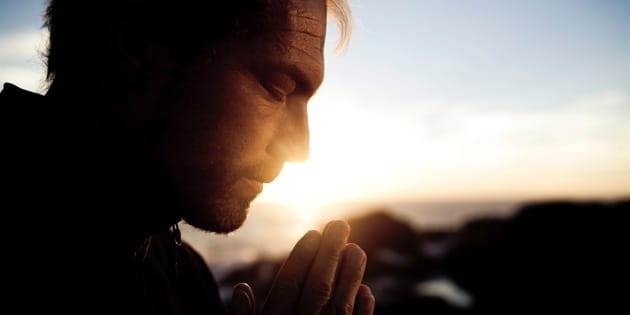 I don’t pray like I should, spending too much of my prayer time focusing on me and my must-get-answers-right-now problems. Weeks later, those same problems have been kicked over like anthills, and I’m left wondering why I didn’t spend more time praying for things that matter.

One of the areas that may be the most difficult revolves around praying for the leaders of my community and country (often called intercession). These civil servants can do things that make me want to throw up (just being honest), and talking to God for them gets hard. Praying for family? I can throw down there. Praying for Congress and the President? Yeah....

But as Franklin Graham, president and CEO of Samaritan’s Purse points out, we Christians have no choice. God doesn’t command us to agree with our leaders, but He does tell us to pray for them, no matter what decisions they make:

“The president recently asked for prayer as he faces the complex and dangerous challenges of leading our country in such tumultuous times.

“His request was a pointed reminder to me that I should be praying for our president and our leaders every day—not to get something from them—but simply in obedience to the Scriptures. I personally haven't prayed the way I should, and I'm sure that's the case for some of you as well.

“We know from Scripture that God can turn the hearts of kings (Prov. 21:1). That means that we should be praying for God's will to be done and for our leaders to seek God and listen to Him. We should pray that they would be surrounded by godly counsel and, most important, that our leadership would personally know God and the salvation found through faith in Jesus Christ alone.”

Even if we Christians don’t like the direction our leaders have been guiding the ship, the turmoil on the seas means we need to pray that much harder:

“Interceding for those in authority is not an option. It is a biblical command that we are to obey. ‘I exhort therefore, that, first of all, supplications, prayers, intercessions, and giving of thanks, be made for all men; For kings, and for all that are in authority; that we may lead a quiet and peaceable life in all godliness and honesty’ (1 Tim. 2:1–2, KJV).

“Understand that the Apostle Paul is writing this instruction to his protégé, Timothy, at a time when the vile emperor Nero was at the helm of the vast Roman Empire. Christians were viciously persecuted, clothed in wild animal skins and put in the arena before hungry lions, even covered red in pitch and used as human lanterns to light the streets of Rome.

“Nevertheless, the aged apostle, who would soon be martyred during Nero's reign of terror, instructs Timothy to make prayer for the rulers of his day—including the deranged Nero—a personal priority.

In a recent video on BibleStudyTools.com, Dr. Rena Lindevaldsen of Liberty University discussed how far a Christian’s loyalty should go to the existing government:

BibleStudyTools.com: Can Christians join in taking up arms against the government? (Romans 13:1-7) - Rena Lindevaldsen from biblestudytools on GodTube.

So, what about you? How do you pray for leaders with whom you disagree? Do you think Franklin Graham’s assessment is on target? How far should our loyalty go?