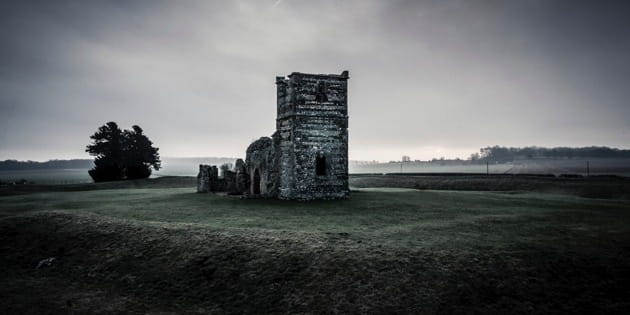 I am the problem with the church. When you come to the place where I serve, where I worship, I’ll definitely disappoint you at some point. I am, at times, selfish, narcissistic, impatient, self-righteous, and fake. I’ve helped and hurt people, cajoled and chided them, loved and loathed them—maybe even on the same Sunday.

You see, flawed human beings like me are the problem with the church.

“If there were ever a dysfunctional church, it was the church at Corinth. Paul's first letter to the Corinthians reads like a laundry list of problems. Every chapter presents at least one issue where the church is missing the mark. There are scandals, disagreements, confusion, and outright sin. Members quarrel, pridefully taking sides against each other. They hurt and alienate one another.

“And yet, at the very beginning of the first letter, Paul addresses members as those who are sanctified in Christ Jesus and called to be saints. Despite all their failures, Paul does not forget what Christ can do in and through them. He points them to their God-enabled potential. In a sense, Paul tells them: ‘You are holy. Now become who you are.’

“How can the Corinthian church be both holy and not holy? One way to explain this paradox is through the concept of Christ's "imputed righteousness." We usually apply this to persons, but it also applies to the church corporate. To have Christ's righteousness "imputed" to us means that it belongs to us and counts in our favor. It means having his righteousness cover over our sinfulness, so that God can perceive us as righteous, even though we aren't. Despite lacking any holiness of our own, we are clothed in the "white robe" of Christ's holiness. To claim that the church can enjoy imputed righteousness is not to ignore its failings and shortcomings. But it does remind us of an important aspect of holiness: It is derived from another source.”

Ultimately, she says, becoming the holiness that God intends means that as a church we can’t simply stay put. We have to press forward:

In a recent article on Christianity.com, Pastor Joe Thorn also reminds Christians to focus on who we are by God’s grace:

“How is it that a people of faith, a people who have experienced grace, be so graceless? I feel competent to speak into this issue because I was for years (and perhaps am often still) one of those mean Christians. Loud. Arrogant. Pugnacious. How do we get to such a place?

“In short, because we forget grace. We grow mean because we forget ourselves and our God. We forget who and what we are by nature and grace and exalt ourselves (sometimes unintentionally) above others. We forget the Lord who not only stood for truth, but is truth, and yet remains merciful. The mean Christian is big on conviction and small on compassion. But the former should give birth to the latter….”

What about you? What do you see as the biggest problem in the church today? How can we become grace-filled and holiness-pursuing?