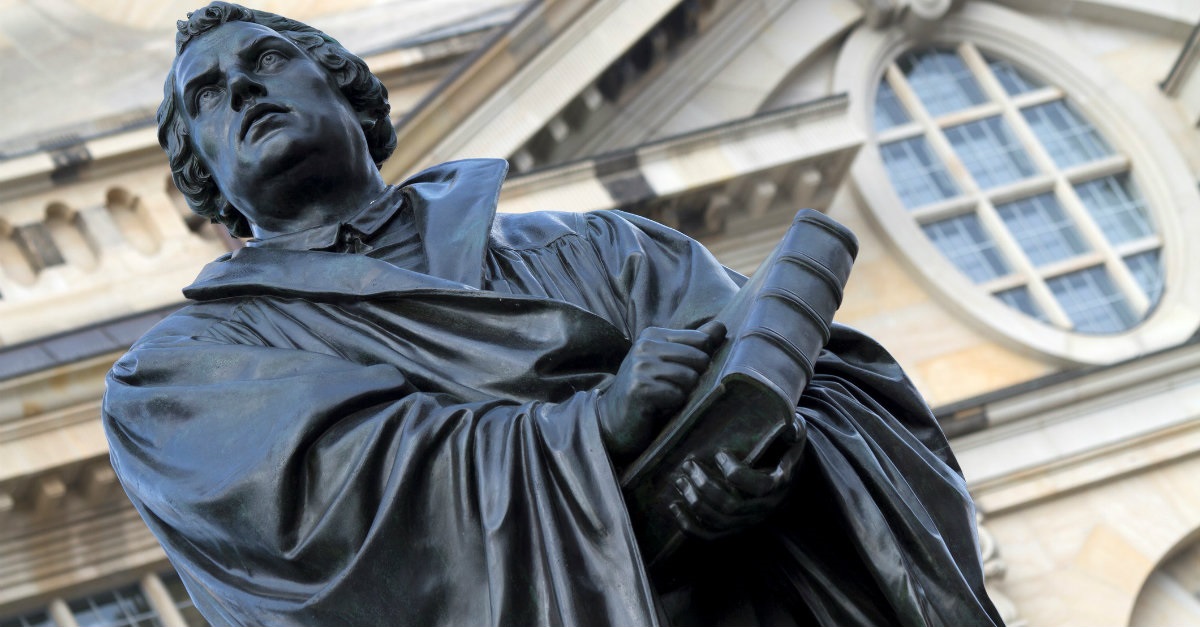 You may not realize it, but October 31st actually marks a very important date for Christians. Specifically, this year celebrates the 500th anniversary since a towering scholar and persistent monk known as Martin Luther published his 95 theses against the Catholic Church, thus paving a way for the Protestant Reformation. It would be hard to overstate the significance of these events. The Reformation didn’t just change how the Church operated, it dramatically altered the way people thought about God. Practically overnight, concepts like faith, grace, and salvation suddenly took on whole new meanings.

History tells us that when Luther began his training as a monk, the Catholic Church was already a monolithic presence throughout Europe. Church attendance was high (if not culturally mandated), and lay leaders played a key role in their community. However, despite a healthy outward appearance, most Christians had very little idea of what they believed. Biblical scholarship was limited to the clergy, and an individual’s connection with God could be taken away if someone with enough spiritual credentials declared it so. Luther’s reformation changed everything with a loud and bold declaration: salvation comes from God alone!

This may seem pretty basic for modern Christians but at the time it was a startling revelation. In a recent article for Desiring God, John Piper acknowledged how the Reformation remained relevant even after 500 years precisely because of this fact. It was the Reformation which introduced Christians to the five “solas” of theology; sola scriptura (scripture alone), sola fide (faith alone), sola gratia (grace alone), solus Christus (Christ alone), or soli Deo gloria (to the glory of God alone). Piper gives his own explanation,

“The answer of the Protestant Reformation is this: our being made alive in Christ, and God’s being one hundred percent for us forever, is by God’s grace alone; on the basis of Christ alone; received through faith alone; so that all things lead ultimately to the glory of God alone; with Scripture alone as the only final, decisive authority for discerning, teaching, and defending those truths. That’s the way the alones go together.”

“The word grace implies free gift — not earned, not merited, not deserved — which means that our new birth, our being given life, was God’s doing freely, as a gift. We did not make it happen. We were dead. Our new life, our desire, our ability to believe and love, is all of grace, which is exactly what Paul says in Ephesians 2:5 — namely, that he made us alive by grace. You have been saved.”

It can be hard for ordinary Christians to unpack the spiritual and theological weight of the Reformation. Luther’s work had a ripple-effect which is still being felt throughout the world today. What we can do though, is feel grateful. We can be grateful that our Heavenly Father loved us enough to send his Son to die for us (John 3:16). We can be thankful that our salvation is not based on our own works, but by the grace of God (Ephesians 2:8-9). Most of all, we can rest easy knowing our hope is in the risen promise of Jesus Christ (1 Peter 5:7).

So this October 31st, amidst the chaos and colors of Halloween, be sure to take a moment and remember the importance of this 500th Reformation Day.

*Editor’s Note: to learn more about Martin Luther and his work, check out Tim Chester’s 10 Things You Should Know about the Reformation.